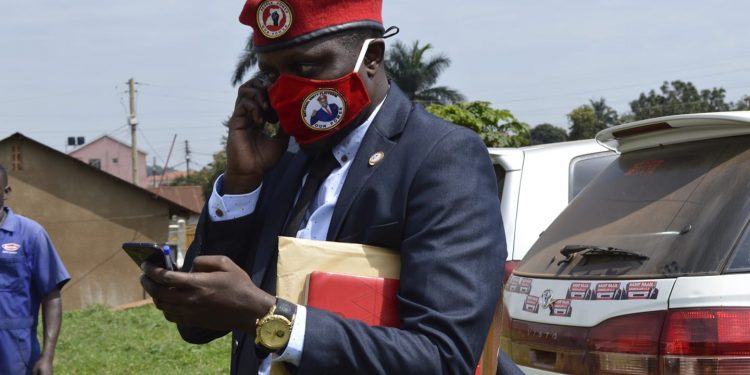 As the 2021 general elections loom, various political players are crossing camps to strategize ahead of the elections.

However, many political moves are reported to have lots of monies involved. This morning the Mawokota North Member of Parliament aspirant Hillary Kiyaga popularly known as Dr. Hilderman has posted revealing how he’s receiving calls from his opponent trying to convince him to trade his political values.

“Stop calling me; use the Shs700 million offer to empower Mawokotanians. I am not for sale Nyabo. Mujooga,” Dr Hilderman said in a post. The Mazongoto singer did not however go into details of who exactly is calling him.

Hilderman campaigned for Amelia in the 2011 general elections as he composed the ‘Amelia’ song. Since declaring his intentions to stand, Hilderman accuses Kyambadde of always making empty promises to her constituents simply to win votes.

Museveni, Bobi Wine are the only credible candidates for 2021 presidential polls --Tamale Mirundi