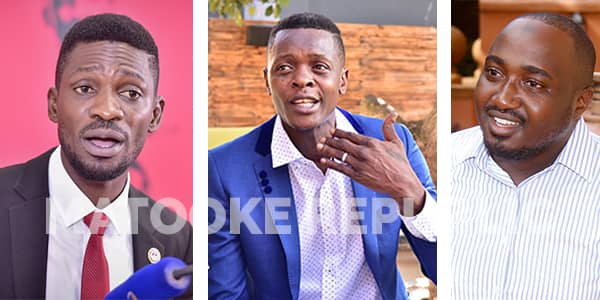 With the Chameleone fanatics dissatisfied with the National Unity Platform Electoral committee that chose Hon. Latiff Ssebagala over Chameleone for the Kampala Lord Mayoral race, music promoter Suudiman has vowed to bankroll the musician turned politician’s campaign if he decides to run as an independent.

In a long Facebook post Suudiman reechoed on how the NUP leader Bobi Kyagulanyi once said that he was joining politics to focus on the next generation and not the next election but has since changed.

“…That was during People Power, when Bobi spoke, his message of hope for the youth made some of us his ambassadors. How he chooses Hon. Latif Ssebagala over an expense of his comrade Joseph Mayanja is wrong in many ways,” said Suudiman

Suudiman backed up his argument with the fact that Latif has been in politics for 25 years.

“Twenty of these he has been an MP,what new thing is he going to add? Many are discrediting Chameleone as a political amateur but there is always time to learn,”said Suudiman.

He also added that even the incumbent President Museveni and his cabinet weren’t seasonal politicans when they joined the struggle.

“Even Bobi Wine is still arough diamond. He is not yet fully polished politically. The young generation is ready to take a gamble on him. Why not take a gamble on Chameleone,” Suudiman asked

He also encouraged Chameleone to run as an independent candidate and offered Shs.20m for his campaigns.

“Chameleone take this snub as a lesson. Come as an independent candidate. Many youth believe in you. You will shock your doubters,” said Suudiman