Jose Mourinho, who is the self-titled Special One, is used to winning trophies. The Premier League, the Serie A, La Liga, the Champions League and the Europa League are amongst the trophies that he has managed to win.

But his last success dates back to 2017, when he won the Europa League with Manchester United. The run of three trophy-less years is the longest that the Portuguese coach has had since first winning four trophies with Porto in 2003.

On Thursday Mourinho will embark on a journey that will – Tottenham Hotspur fans hope – take him to Gdańsk in Poland in May next year for the Europa League final.

Spurs are one of three Premier League teams competing in the group stages of the competition and like Leicester City and Arsenal, are expected to make it through to the knock-out stage.

Spurs begin their Group J campaign against Austrian club LASK on Thursday, going into the game on the back of a disappointing 3-3 draw at home against West Ham in the league.

Two goals by Harry Kane and one by in-form Son Heung-min had given the home side an early 3-0 lead, which they held onto until eight minutes from the end, when West Ham managed to claw their way back to earn the draw.

Like Spurs, Arsenal go into their Europa League game after a disappointing league result – having lost 1-0 at Manchester City on the weekend – and like Spurs, they take on Austrian opposition.

The Gunners travel to Vienna for their Group B game against Rapid Wien, with Irish champions Dundalk and Norway’s Molde their other opponents.

Arsenal coach Mikel Arteta faced the difficult situation of having to omit some big-name players from his Europa League squad, with German Mesut Özil and Greek Sokratis Papasthatopoulos both not being nominated to make way the clubs’ new signings: Willian, Gabriel Magalhaes and Thomas Partey.

“It was a really difficult decision for me to make because to leave players out of the squad at that level where they know they cannot get involved is really tough.

“I don’t like it at all but the decision has to be made because we have a limit on foreign players and unfortunately we have to make that decision,” Arteta said.

Leicester City, meanwhile, have been drawn into Group G and start with a home match against Zorya Luhansk. Their fans will be hoping for a better result than Sunday’s league match at the King Power Stadium, which the Foxes lost 1-0 against Aston Villa.

Football fans in Uganda can watch the games on the StarTimes channels on classic bouquet for antenna and Smart bouquet for dish at only UGX 280,000/=. This is a clear indication, that StarTimes is the new home of Football.

“You are taking drugs and you say you want to be a leader?” Museveni says young people seeking leadership should lead by example 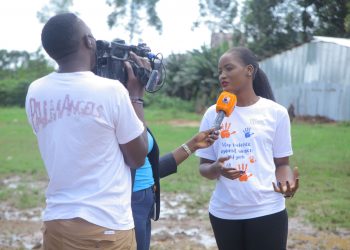 “You are taking drugs and you say you want to be a leader?” Museveni says young people seeking leadership should lead by example

Tumukunde promises to bring change that will benefit everyone

Norbert Mao says it’s not wise to go and witness ballot printing, “We will follow them on boda bodas after the voting”