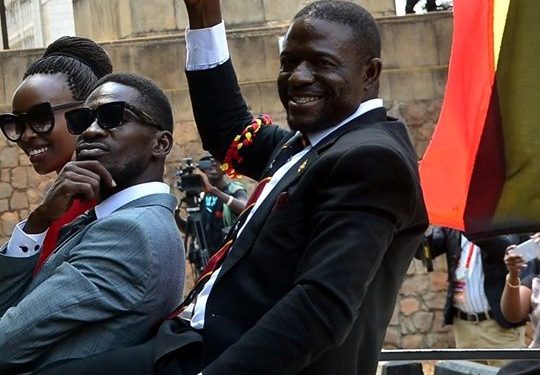 Nyanzi who is the National Mobilization Secretary of NUP has today held a press conference and refuted all claims. He said NUP is full of people who want change but have no experience on how to act while pushing for change.

Nyanzi said the accusations are propaganda of the regime intended to tarnish his credibility in the struggle.

“Such accusations are intended to divert our supporters. There is nothing yet to share in this struggle,” Nyanzi said.

He claimed how he has on countless times turned down lucrative offers from President Museveni.

“Ask President Museveni how I am very resistant when it comes to taking bribes. Then how is possible for me to take bribes from poor Ugandans who are in the struggle,” Nyanzi explained.

“But if anyone has evidence of me soliciting money from anyone, please present it,” he added.

Nyanzi said he has worked for his wealth which he’s currently using to support the struggle.

“I am a rich man and a valuable pillar in the struggle. Blackmailing me is very dangerous to our cause of removing Museveni from power,” he said.