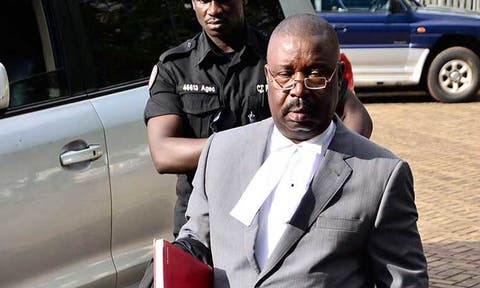 From jail to victory, National Resistance Movement Party Electoral Commission Chairman, Dr. Tanga Odoi has declared State Minister for Labour Mwesigwa Rukutana winner of the Rushenyi County in the NRM Primaries. This was after a two-week long process of vote recounting.

The first results that were announced on September 4, Naomi Kabasharira was declared winner with 24,006 votes while Mr. Rukutana garnered 23,966 votes leaving a difference of only 40 votes.

However, Rukutana rejected the out-come of an election citing that about eight polling stations were not included. Tanga Odoi cancelled the results and ordered fresh recount.

After days of speculations, Tanga Odoi has today announced that Rukutana will carry the NRM flag in the Rushenyi County Member of Parliament race. Results indicate that Rukutana won after gathering 25310 while Naomi Kabasharira got 25290 votes.