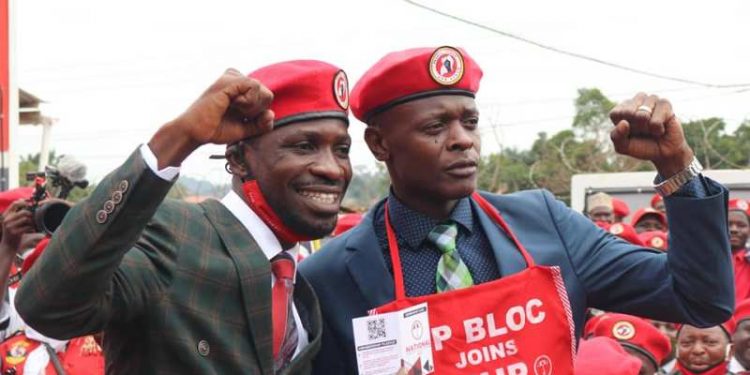 This week individuals subscribing to the National Unity Platform have come out expressing dissatisfaction in their party Elections vetting committee. A section of the members accuse the committee of bias and bribery while selecting candidates to carry party flag in the forthcoming general elections.

Renowned events promoter and supporter of NUP Suudiman Lukwago claims that the vetting committee is treating the party flag like a ticket to heaven.

Suudiman alleges the committee acted out of pride to deny singer Jose Chameleone a party flag for the Kampala Lord Mayor Race. He says that now the party is in a trap to swallow its vomit and give the card to Chameleone following Latif Ssebaggala’s declaration that he will not stand.

Lukwago urges Chameleone to snub the flag and stand as an independent candidate.

“That snub was the worst insult,” Suudiman says.

He adds, “That NUP ticket was always supposed to be for Chameleone…now you risk not fielding a candidate for Lord Mayor Kampala after your senseless pride.”