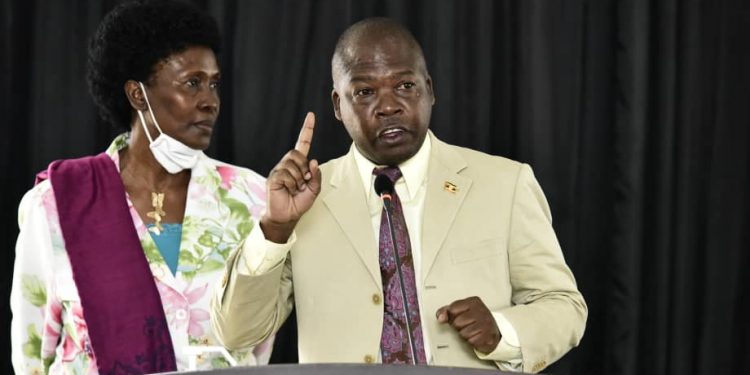 On behalf of Ministry of Internal Affairs, Deputy Attorney General Jackson Kafuuzi has today presented a report on the floor of parliament about the es­cape of pris­on­ers from Mo­roto Prison.

Kafuuzi said out of 224 prisoners that escaped from the facility, 16 prisoners have so far been recaptured and seven prisoners killed during the exchange of fire with the combined security forces. He said a total of 201 inmates are still on the run.

Earlier this week, the Uganda Prison Service put a hefty bounty of over Shs100 million to help in the quick pursuit of the prisoners. The Prisons Commissioner General, Dr Johnson Byabashaija said that a reward of Shs500,000 for every escapee is readily available while Shs1.5million is also on hand for every recovered gun

Busia Municipality legislator Hon. Geoffrey Macho has urged government to increase the bounty put to recover guns and leads of inmates. He said that the bounty is too little to motivate the public to execute the task.

However, Hon. Kafuuzi has called upon Ugandans not to give sanctuary to prisoners. He said they should provide all necessary information to the nearest police or other security agencies.