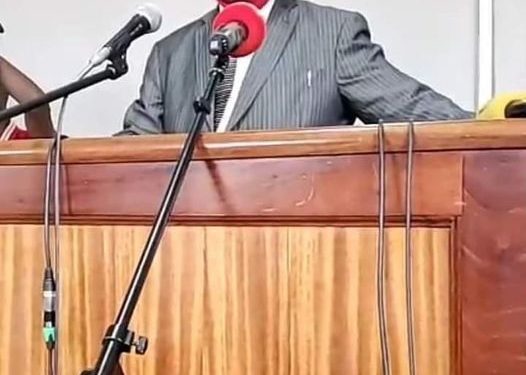 On behalf of NUP, lawyer Medard Ssegona cross-examined Kibalama who made a series of revelations about the viral video where he claimed that Bobi Wine and his associate promised him $5 million (about Shs18.5 million) while  transferring the  party to them.

Kibalama confirmed to court that he has been under military detention for two weeks in Mbale.

“I did not apply for the security,” Kibalama said before he revealed that when they picked him from his home he was immediately taken to the dentition where he met Gen. David Muhoozi, the Chief of Defence Forces who asked him about changes in party leadership.

Kibalama further disowned the video in which he appeared claiming that he was promised $5 million to change party leadership. He asked court to help him regain his freedom.

In August, Basile Difas and Hassan Twaha dragged Kibalama and his associates to court for ‘selling’ the party without authorization from other party members. Basile and Twaha said they were a lot of illegalities when the party changed name from National Unity Reconciliation and Development Party-NURP to National Unity Platform.