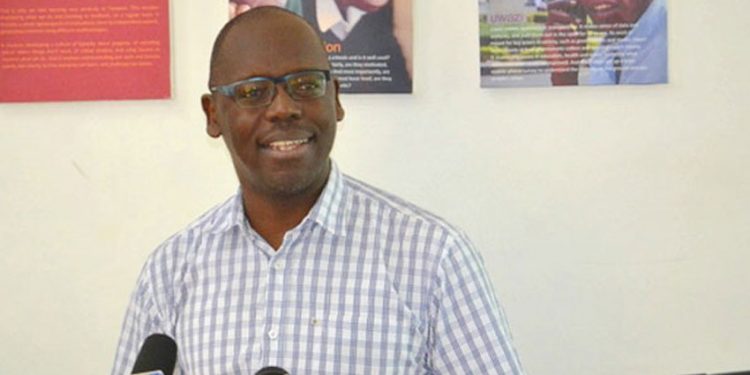 Twaweza’s Executive Director, Aidan Eyakuze, has been elected as Civil Society Co-Chair of the Open Government Partnership (OGP). His term as Lead Co-Chair alongside the Government of Italy will begin in late 2021.

Until then, and in collaboration with the Government of Italy, he will support the new Lead Co-Chairs, Maria Baron, Executive Director of Directorio Legislativo, and the Government of South Korea, to advance the work of the Partnership.

This is the second time that Tanzania, and Twaweza in particular, has produced the Civil Society CoChair, who serve in their personal capacity, for the OGP. It comes at a time when Africa’s presence on the Steering Committee includes civil society leaders such as Lysa John, Secretary-General of Civicus, Stephanie Muchai of Hivos and Oluseun Onigbinde, founder of BudgIT.

The governments of Nigeria and Kenya also serve on the Steering Committee. Founded in 2011 by eight governments (Brazil, Indonesia, Mexico, Norway, the Philippines, South Africa, the United Kingdom and the United States) and civil society leaders, the Open Government Partnership inspires and supports governments to work in partnership with civil society and the private sector to cocreate and implement ambitious open government reforms.

Since its inception in 2011, OGP has grown to 78 participating countries and a growing number of local governments.

Aidan Eyakuze proposes to focus on defending civic space across the partnership so that citizens can make government more accountable, deepening open government principles and practices at local government levels where most citizens have their most direct and frequent encounters with government, and demonstrating how open government can directly improve quality of life for citizens.

Aidan Eyakuze said: “I have learnt a great deal from my four years of close engagement with the Open Government Partnership. I look forward to co-leading, with the Government of Italy, the courageous global community of activists and reformers who breathes daily life into the promise of government working for the people.”