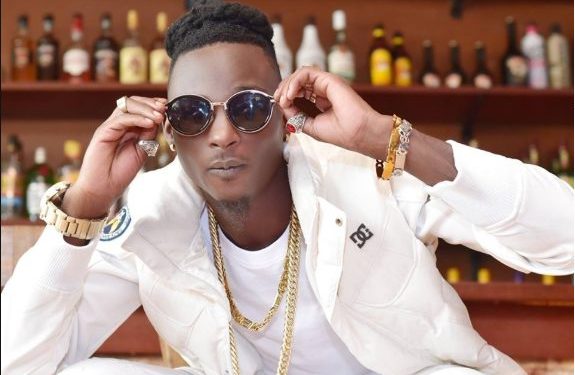 The entire last week various artistes that subscribe to Bobi Wine’s National Unity Platform (NUP) have been foul crying after they were denied party tickets for the forthcoming general elections.

Among them is Bad Character Records C.E.O and singer Khalifa Aganaga who was vying to stand for Lubaga South Member of Parliament Seat. According to Khalifa, musicians have made politics entertaining and fellow artiste Bobi Wine is getting scared of them.

“They (NUP) want to get rid of the would-be potential Bobi Wines,” Khalifa said.

Khalifa said they’re all in politic for a living and Bobi Wine is also on the same mission.

“We all want money. The mere fact that you are contesting for a political seat means you want a salary. Bobi Wine wants the presidential seat because he wants to control the money,” he said.

Last week after learning that NUP denied him the party ticket, Khalifa said he is ready to do business with any politician who is ready to pay him.

Khalifa went ahead to change lyrics of his Kibooko song and heaped praises on the incumbent and NRM flag bearer Yoweri Museveni.