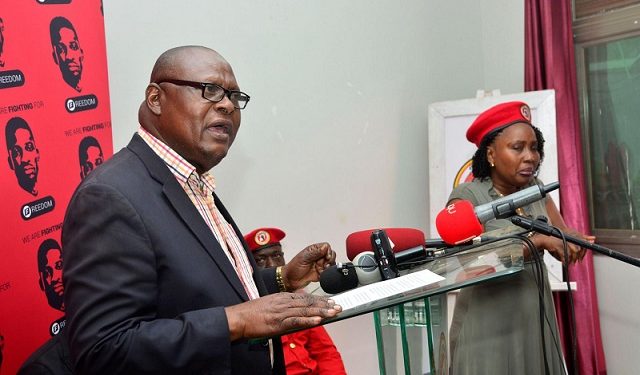 Former President of the National Unity Platform Moses Nkonge Kibalama has said that the current saga has made him vulnerable and willing to work with any political group.

Kibalama who is very surprised by his current popularity says even though incumbent President Yoweri Museveni comes knocking, he’s ready to join him.

“If President Museveni invites me to campaign for him, I am ready. A person who has led this country for over 30 years is a genius and a blessing,” says Kibalama.

However, Kibalama says the threat around him is real as he can’t walk freely in his own country. He reveals that he regrets making a political mistake by handing over NUP to Bobi Wine’s ‘gang.’

“I intended to have people come in and energize the party. I was very hopeful. Weeks later, I come to understand that I teamed up with a gang,” says Kibalama.

Kibalama says within a week, he had already been sidelined in NUP. Nevertheless he states that in case Bobi invites him back, he will support him.

“Right now, I am a free man. I can support anybody,” he says

Kibalama asserts that the opposition in Uganda is strong enough but unfortunately they are not funded.

“I wish the government would open for foreign funding. There is no hope of them winning elections without funding,” he says.