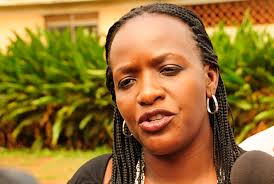 Nabilah Naggayi Sempala has been confirmed and unveiled by National Unity Platform (NUP) as the party’s flag-bearer for the Kampala Lord Mayor contest.

In a shock move, the Kampala Woman Member of Parliament Nabilah last week officially ditched Forum for Democratic Change as she picked NUP nomination forms for the city Lordship.

Naggayi first expressed her interest to run for the city Lordship on the FDC Ticket, but the party labeled her nomination forms fake. Weeks later, incumbent Erias Lukwago was unveiled a member of the FDC before he was handed the party flag to defend his seat.