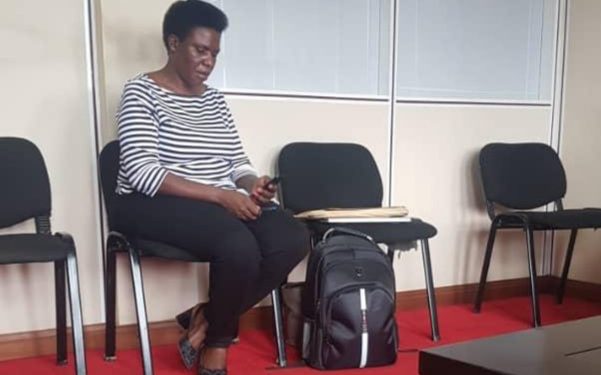 Ntambi is supposed to appear before the anti corruption Court tomomorrow (Wednesday September 30) to answer graft charges but information reaching our website is that she has “engineered” medical documents, which her lawyers will table before court to impute that their client is sick and unable to appear in person.

Ntambi and nine other employees of the commission face 25 counts of causing financial loss, conspiracy to defraud, embezzlement, corruption, and abuse of office.

Others are Ms Sarah Nassanga, 43, an office attendant and Mr Nicholas Sunday Olwor, 51, an undersecretary.

The chief government prosecutor said Ms Ntambi’s negligence led to gross mismanagement of the commission’s funds between July 2018 and April 2019.

Ms Ntambi, Ms Kamahoro and Mr Mpitsi between January 6, 2019 and April 30, 2019, allegedly conspired to defraud government of more than Shs9m. Under the charge of abuse of office, Mr Mugabe, Mr Mpitsi and Mr Kwihangana are accused of abusing their authority when they fraudulently processed, requisitioned and approved Shs29m in January last year purportedly for undertaking sensitisation programmes in Karamoja Sub-region whereas not.

In a separate count, Ms Kamahoro, Mr Mpitsi, and Mr Olwor in December 2018, allegedly processed, requisitioned and approved Shs19m purportedly for development of the first and second draft of Equal Opportunities Commission HIV/Aids workplace policy, knowing their acts would cause government a financial loss.

Since she took over the chairperson-ship of the commission, the whistleblower said Mrs Ntambi has unfairly dismissed over 11 staff, terminated over 10 staff contracts, and four contracts have not been renewed. In 2017/ 2018, the Auditor General advised the commission to employ people on permanent contracts however the chairperson declined and this has since led to financial losses.

She is also accused of directing the collection of Shs100m which was approved in the commission meeting and the said money was allegedly irregulary given to individuals who worked hard for passing of the commission budget in 2018/19.