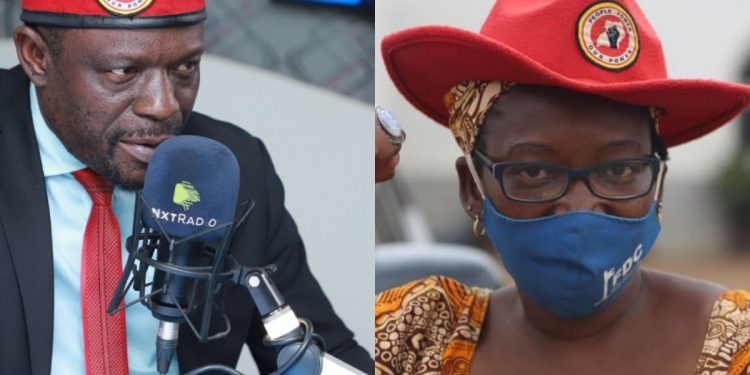 Having had a love-relation with the People Power fanatics now the National Unity Platform party, the outspoken Stella Nyanzi has commented the on-going ruckus sprouting the party vetting.

While appearing on a Talk show Nyanzi said looking back at the People Power mantle the disputes happening in NUP are saddening.

“ I hear In order to be endorsed by NUP you either have to have money, are connected to the big men in the party or even offer sex to Chairman Nyanzi,” said Nyanzi

Nyanzi also said that the ruling party National Resistance Movement members bought the NUP tickets and were made flag bearers.

She further said that many people that have joined NUP are not after the liberation struggle but are after political offices. She also advised the NUP team to re-ignite the People Power spirit.

She also said that aside from giving some people an opportunity of participating in the country’s politics, she doesn’t see anything good that has come out from NUP.