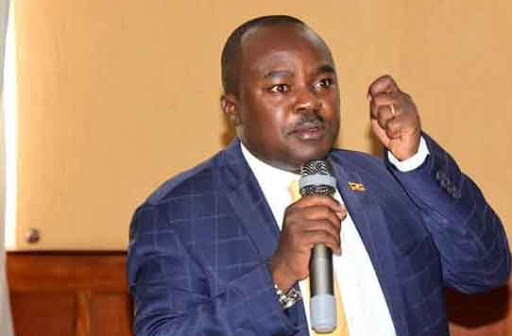 A few days ago, a shocking audio in which Kassanda constituency legislator Hon. Simeo Nsubuga is threatening to kill someone over politics leaked on social media.

In the audio, the MP who recently lost the NRM parliamentary primaries is heard threatening to kill a one Sonko for allegedly trying to woo his supporters to his opponent’s side.

“I am getting reports from the constituency that you are calling my supporters and coordinators that Muhumuza wants them. I’m just asking you, my brother, you still have a young family and children.

If you want life, I’m telling you myself, I’m not sending anyone, if you still want life and look after your children, leave the person called Simeo Nsubuga. Don’t say I didn’t tell you. This is a matter of life and death. I have warned you in broad daylight,” Simeo warns a one Ssonko on phone.

The audio has since attracted massive public criticism hence getting attention from the concerned authorities. During yesterday’s police briefing at Uganda Media Centre, Police spokesperson Fred Enanga revealed that the Inspector-General of Police [IGP] Martin Okoth Ochola has directed the Criminal Investigation Department [CID] to investigate the incident.