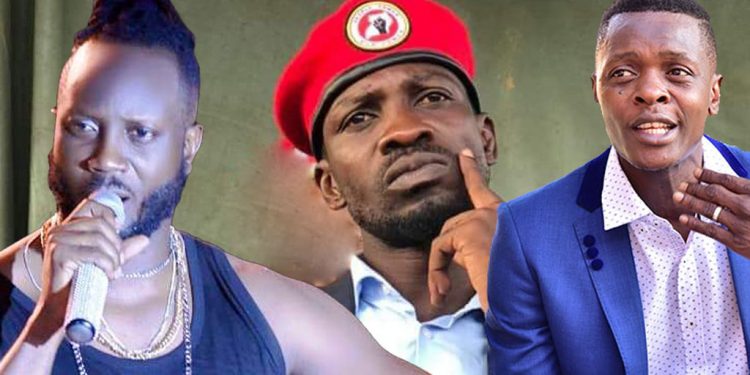 The self-proclaimed ‘Big Size’ Moses Ssali alias Bebe cool has for the first time spoken about the issue of Jose Chameleone being denied NUP card.

While in an interview on a local television Bebe Cool shared his view on why Chameleone was denied the NUP Mayor Flag bearer card.

According to Bebe Cool, he believes Bobi Wine wants to be the only person shining.

“Of course, Bobi Wine wouldn’t give Chameleone a NUP flag bearer card well knowing that even himself he will not go to state house come 2021,” said Bebe Cool.

The ‘Wire Wire’ singer went ahead and said Bobi Wine has earned a lot of money from politics and he believes he will never be broke unless he is stupid.

He further advised his former friend to spend wisely and think of his village Gomba where he comes from.

“I am happy for Bobi Wine because he has been able to collect money. I advise him to go develop Gomba where he came from. This is now the best time to use the money he has collected from politics to build a Manson in his Village,” Bebe Cool said.