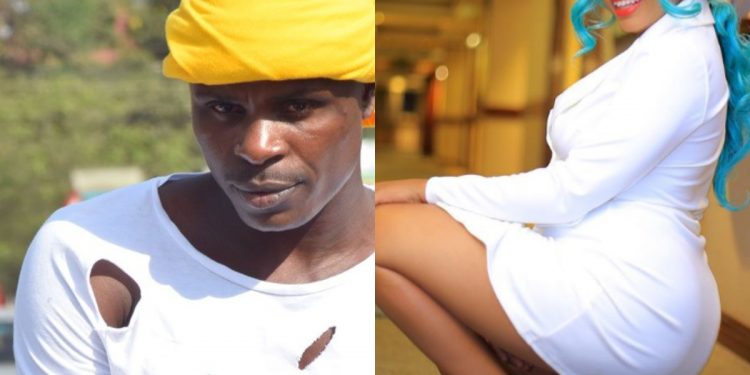 Last evening,Sipapa embarrassed NBS’s loud mouthed Zahara Toto on live Television.This was after Buganda Katikiro Charles Peter Mayiga’s message to the youths and artists cautioning them to fight against the spread of HIV.

Zahara who was presenting with Sipapa later forwarded the message to a number of artists including Spice Diana’s Manager Roja, Slick Stuart and Sipapa.

Toto claimed the artists are always sleeping around with random women putting them at a higher risk of contracting HIV.

Sipapa fired back saying the presenter needs the message too since she has been sleeping with different men. He went ahead to mention some of the guys Totto has been with including the recent one Don Solomon.

“Toto you also need that message because you have slept with a number of men who later dump you so stop mentioning us without mentioning yourself,” Sipapa said.

Totto defended herself saying men never dump her. She later tried silencing Sipapa by bringing up the incident of him beating his ex -lover Serena Bata.