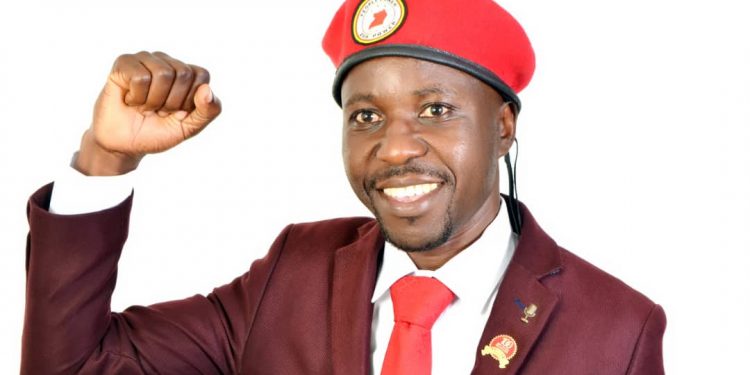 With the political wave sweeping across the youth, Matooke Republic had a one on one interview with youthful Fred Kintu. Kintu is running for the Mityana North Parliamentary seat as an independent and vows to replace Hon. Godfrey Kiwanda. Kintu explained why his party National Unity Platform chose Ssematiko over him, why he chose to run as independent, why he believes in Bobi Wine, why the people of Mityana North should vote him and how Kiwanda hasn’t done anything for the people of Mityana in the past 15 years.

Who is Kintu Fred?

Kintu Fred is a Ugandan, born in Mityana North , he is a business man who holds a degree in political science and international relations.

What do you think makes you a good contender for Mityana North Parliamentary seat?

One I am a youth, being a youth makes me close to that age bracket and by virtue of that it makes me aware of the problems that the youth go through.  Parliament is dominated by the old men who don’t pay attention to the aspirations of the youth who are the future of tomorrow.

By virtue of my education, Political science is the art of managing society, having pursued that course it puts me close to the affairs of the people. The other thing is having been associated with the people of my area, I am acquainted to the problems they face hence offering solutions to those problems.

Speaking of problems, what do you feel Kiwanda hasn’t done that you’re going to do?

Basing on the roles of a Member of Parliament, Hon. Kiwanda has tried however there’s a lot to be desired and this is the backbone of my candidature.

Kiwanda has deviated from the cause of the common man. He has been one of the architects behind the changing of the infamous Togikwatako yet the people of Mityana never wanted him to tamper with the constitution. He was also one of the architects behind the removal of term limits in 2005. He has overstayed his mandate. Kiwanda has been the MP for Mityana North for 15 years.

I took a decision before he made that decision. I took a decision to make sure we have change in leadership and offered myself for that change. The politics of Mityana North has been dominated by Kiwanda and Ssematiiko for over 25 years.

Speaking of Ssematiiko, he was given the NUP ticket. Why do you think NUP considered Ssematiiko a better candidate than you?

Well my party has got a conflict of interest, while they want to win positions in parliament; they also want money to run the party. So looking at a youth like me someone would assume I don’t have money which is not true.

The party thought it needed money to run the election so he bought the ticket. Because he has a radio station (Mboona FM), information privet to me intimates that it was one of his bargaining power to offer a radio station to NUP as a platform for them to spread the message across Mityana. Incidentally while they gave him a ticket the masses were disappointed. The two times Ssematiko has been in Parliament, he has been on the NRM ticket.

Of all the parties, Why NUP?

NUP is a party run and pioneered by the youth led by Hon. Robert Kyagulanyi Ssentamu. Ssentamu is my peer, I blend so well with him. I haven’t been associated with any other political party. Since this is my first time to be in active politics I believe the choice was a wise one. Much as they refused to give me a ticket several parties have called me to give me their party flags which I have declined.

Recently your spokesperson Ssenyonyi advised all the people that were denied party tickets to not stand as independents so why are you standing as an independent going against your party’s wish.

Well his advice was a good one, someone may advise you but the responsibility is upon you to take the decision, it’s not outright that you should follow that path. The unfairness exercised while picking the flag bearers is what led to me being an independent. I wouldn’t be an independent if they had followed the voice of the people. A bad judgement brings an independent.

People petitioned. Did you petition?

My candidature is an end not a means, I have gone through all the procedures, all the criteria but after analysing why they gave Ssematiiko a ticket much as I petitioned I didn’t expect much because  I can understand why they gave him a ticket. The only problem they did, they didn’t sit me down to explain to me, they just trashed me. I have invested over 100 million in the race and my political career is just beginning. I have attracted a huge following, I can’t disappoint those people.

According to what you have told me, I have figured out you believe in Bobi wine, if he came out and told you to step down would you.

Bobi wine when he was contesting in 2017 he wasn’t believed, DP and FDC refused to give him a ticket because they didn’t believe in him but he believed in himself and eventually  he emerged victor so somebody telling me to exit, maybe you’re blocking another Bobi Wine so it’s highly unlikely that I would accept that.

Do you think Bobi Wine stands a chance of winning in 2021?

In politics nobody is wise enough to predict the future and a day in politics is too long. Bobi Wine has been in politics for three years yet he has influenced so many decisions and so many changes have happened. I believe he can win the election.

Though it’s in Uganda where you find the person who has won the election is sent to Luzira and the one who lost in State House.

Does that mean you don’t believe in the Electoral Commission?

The EC is a necessary evil. You can’t do without it but we have to go through that process. I don’t believe in it for reasons well known to everyone but we find ways of dealing with the loopholes in the system.

How is your relationship with Bobi Wine?

Personally I wouldn’t say he’s a friend, he’s a person I believe in. I am a self -made person. Bobi Wine may not know me but he will know me.

You say that you have been on ground. What’s your manifesto in just a few words?

I am a person who attaches a lot of respect to the mothers of this nation but you find in my constituency the health care system, the antennal sector is not given any attention. It is in my constituency where there’s not even a single scan where pregnant women can go to ascertain the status of their babies. We have had a lot of women dying in labour.

We don’t have clean water to drink. It’s in my constituency where animals drink with the people. I want to focus on the areas.

This gives me a different picture of Mityana North, Kiwanda being a Minister we would think he has done something for his constituency. What has he done?

That is the irony. He has done a few things which people know him for like Miss curvy, he launched the rolex festival. For Mityana I wouldn’t want to lie to you.

I don’t believe Parliament should be the only platform people use to help. What have you done for your people?

Just like you, I don’t believe in that however parliament gives you a better platform to serve your people better. Since 2017, with my small budget I am one of the few candidates who have taken services to the people. I have carried out a medical camp. I mobilized a group of 35 medical doctors. We treated over 1200 patients for free. We donated drugs worth 6 million to the health center,donated 40 blankets.

Being a youth I have been supporting sports, I have donated sportswear, sports equipment to the football club in my constituency. I have also donated to women saving groups, church fundraisers, schools

We are in times where polticians remember their people towards elections and campaigns, what assurance do the people of Mityana have.

A legislator that has been in Parliament for over 20 years recently  said that he wants to be in the August house up to 2030. In case you win, how long are you planning to be in parliament?

I don’t believe in overstaying in power. Whenever you over stay your mandate people get tired. I want to be in Parliament for two terms.

Which legacy are you building?

If you got into parliament, which committee would you join? One that would allow you best serve your country.

International Relations. I want to be among the people who formulate foreign policies.

One  last word for your voters.

We are the future of tomorrow and the future is today. If not us then who. Let them trust me with their votes. I am the Moses who will take them to their promised land.