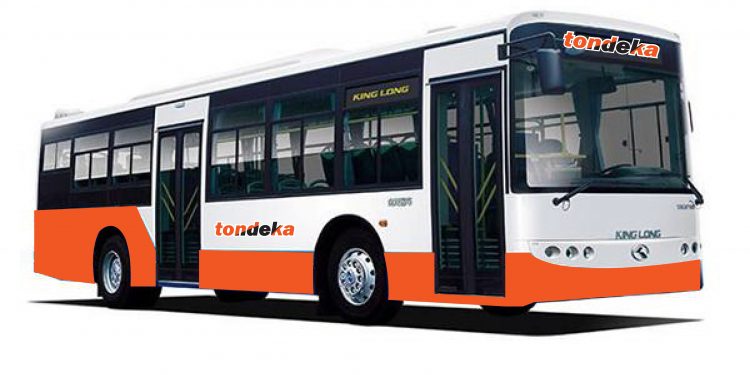 As Kampala awaits the change of the mode of public transport from small carriers to bigger carriers as per the presidential directive, private players Tondeka Metro Company has come out to support the recent presidential ban on importation of buses in Uganda.

Tondeka’s Chief Executive Dennis Kibukamusoke says that the Presidential directive is a welcome move and Tondeka was already considering working with local manufacturers in its second phase of implementation.

Kibukamusoke says the directive of the President is not new because he had already directed Tondeka to only import the initial 980 buses and work out a mechanism to work with local manufacturers in the subsequent batches as the Greater Kampala Metropolitan Area needs more than 3000 buses.

Kibukamusoke however says Government must be committed to support and finance the nascent manufacturing industry to be able to meet international standards.

On how far Tondeka had reached, Kibukamusoke says the outbreak of covid had caused some delays, but the funding for the initial 980 buses had already been privately sourced without government liability.

He reaffirmed Tondeka’s commitment to have the buses in Kampala within the first quarter of next year and said that the manufacturers had already started on the manufacturing process of the 980 units.

In regard to the necessary bus infrastructure on ground, Kibukamusoke revealed that an EPC contractor had been identified and plans are underway to start on construction of the six terminals in Gayaza, Mukono, Maya, Kakiri, Buyala, Matugga and Entebbe.

Kibukamusoke says the bus supplier had also agreed to set up a fully fledged maintenance workshop to ensure that the buses operate optimally.

On the bus ticketing system, Kibukamusoke says the system has already been validated by local banks and all stakeholders like the Ministry of Works, KCCA, Wakiso and Mukono local authorities are already in line. He revealed that they are in discussions with recruitment firms that will help select and interview the over 12,000 staff expected to be directly employed by Tondeka.