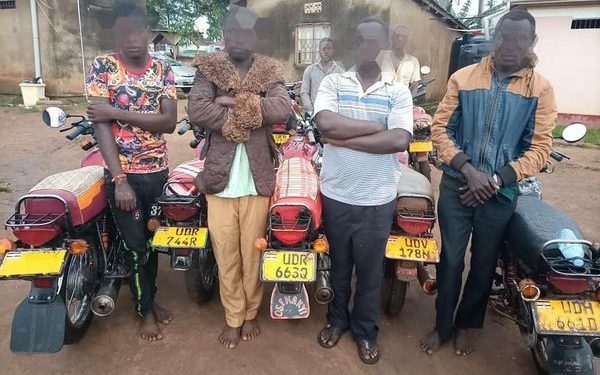 Police in Kakiri have arrested nine suspects and recovered nine motor cycles from notorious criminal gang that have been robbing people in the surrounding areas.

A report of stealing two motorcycles was registered at Bukalanga Police Post under Kakiri Division by one Kiwanuka Elijah aged 33 years old, a businessman and a resident at Kikubampanga zone, Kakiri Town Council in Wakiso District. That in the night of 30th September 2020 at unknown time, unknown people broke into his house and stole two motorcycles Reg. Nos. UDR 663Q and UDL 710Z all Bajaj Boxer.

Police opened up Inquiries, visited the scene of crime and relevant statements were recorded. Nine suspects were arrested in connection to this crime.

During the investigations, four forged log books were recovered from the suspects.