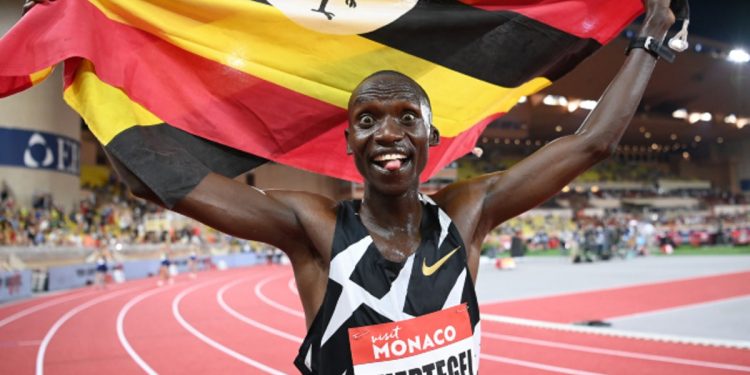 The 10,000m and 5,000m World Record holder Joshua Cheptegei claims no Ugandan loves our motherland like he does.

Cheptegei revealed that when he strongly hit the ground running in 2017 after becoming a silver medalist in the 10,000 metres event at the World Championship in London, a group of international athletics managers approached him and promised billion of money if he changes his citizenship. This was intended to make him represent another country.

“I was offered the option to denounce my country and get new citizenship but I turned it down,” Cheptegei said.

He explained that since deciding to take athletics as a career, his dream has always been to fly Uganda’s flag high by attacking the world track records.

“It is the people who make you. You always have to stay grounded,” he said.

Cheptegei however disclosed that government is not consistent in fulfilling monthly payments for those who have won medals for the country. He said a proper structure should be designed to effect the payments.

The long distance runner also urged government to invest more in sports as Uganda is immensely gifted with talent.