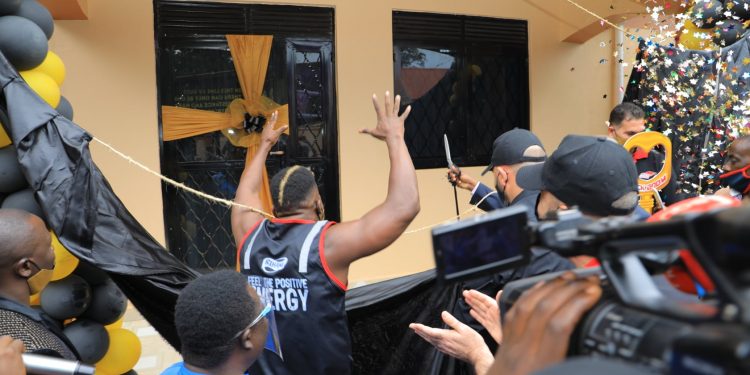 Uganda kickboxing champion Moses Golola is jubilating after receiving his fully furnished house worth millions of shillings which was promised to him by Harris International.

Last year a Rock Boom official visited Golola’s home and was shocked at  the house the boxing champion was sleeping in.

Rock Boom then vowed to reward him with a house as a token of appreciation for his loyalty. Last evening Rock Boom fulfilled its promise.

Golola who has made a name for himself as one of the best Kickboxing export in Uganda was given the house in the presence of the media. The house is a well-furnished with gardens, a huge living room with adorable furniture, a master bedroom, and a giant kitchen.

Shortly after receiving the house keys gesture and promised to seek a bride and put the house and bedroom to great use.

“Thank you very much Rock Boom for the house, I am so happy. I am now seeking a bride to put the house and bedroom to use,” said Golola.