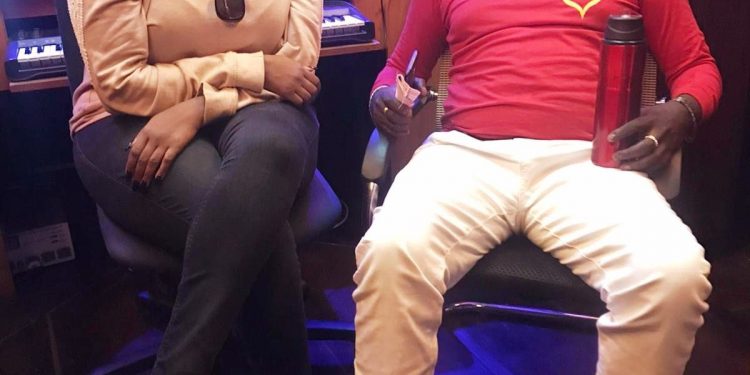 As Ugandans most especially celebrities continue paying tribute to the late city Pastor Augustine Yiga Abizaayo, Angella Katatumba has revealed how she was been working a new song with the late pastor.

Through her Facebook page, Katatumba said that she was working on a song titled ‘This Boy’ with late Pastor Yiga.

“Oh no Pastor Yiga and I, were recently in the studio, working on a beautiful song called ‘This Boy’ that he wrote for me. It’s produced by Stey and mastered by Big Nash. May his sweet and kind soul rest in peace,” Angella posted.

According to Katatumba, the song they were working on was written by the late Pastor.

Pastor Yiga passed on in the wee hours of Monday night from Nsambya Hospital where he was admitted.

He was  the brains behind many of the hit songs from Revival Band which brought artistes such as Nabbi Omukazi Maggie Kayima, Hajjat Madinah, Hassan Nduga, Benah Namisinga and many others to the music scene.