Police to pick all presidential aspirants from their homes 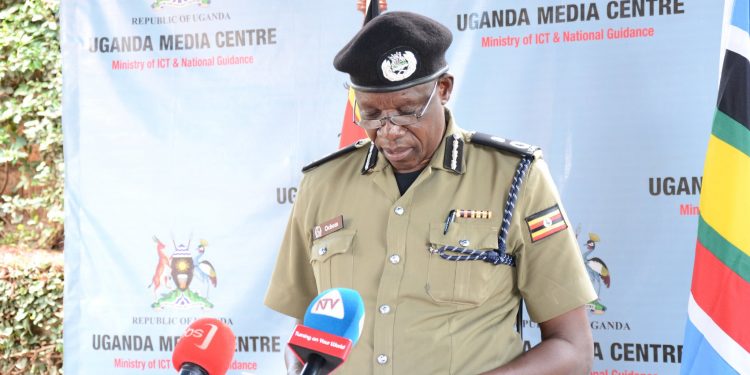 The Electoral Commission has finalized arrangements for the Presidential nominations that kick off today. Security has been beefed up around Kampala and all its surrounding suburbs ahead of nomination.

According to AIGP Edward Ochom the Director Operations, the Joint Security Agencies have spent considerable time planning for the nominations, and they are confident about countering all forms of threats and security hazards.

Ochom reveals that all presidential aspirants will be picked from their homes to the gazetted nomination venue at Kyambogo University.

He says the general public is not invited for the nomination activities as a strategy to comply with the existing Standard Operating Procedures against COVID-19.

“For those political actors and groups that are still defiant and mobilizing Boda Boda riders and militias onto the streets; and ferrying supporters from upcountry into illegal processions and rallies; we are closely monitoring them,” he says.

Incumbent President Yoweri Museveni (10am), Gen. Henry Tumukunde (1pm), Katumba John (2pm), Mugisha Muntu (3pm) and Nalembe Nancy Linda (4pm) are all expected to be nominated on the first day of the exercise.

Mayinja volunteered to record us a song– Lumumba

Mayinja volunteered to record us a song-- Lumumba