POST COVID: Ugandans to enjoy return of local club football at the comfort of their sitting rooms as StarTimes introduces StarTimes ON App 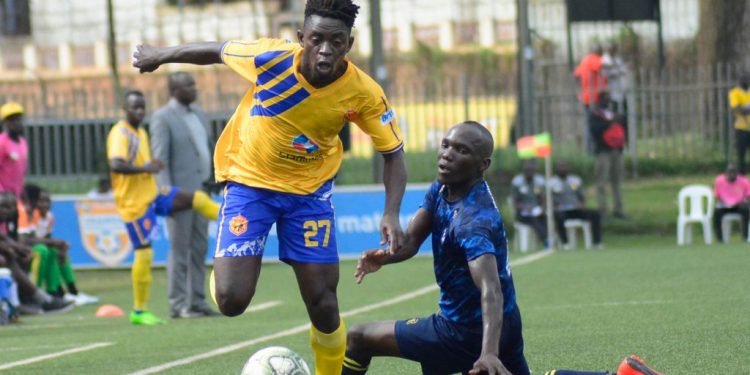 As Uganda Premier League Official sponsors, StarTimes, dully welcome the new clubs that joined the top-flight league for the 2020/2021 season after earning promotion from the second division, the StarTimes FUFA Big League, they have introduced a new twist called the SUPL package.

This bouquet has been put together for SUPL football fans since in the new normal, spectators will not be allowed in the field. SUPL fans can download the StarTimes ON App from Play Stores or Apple Stores to  enjoy this bouquet on their Mobile phones any time anywhere.

The beauty about this bouquet is you can subscribe for the whole season at Shs34,000, Half season at Shs24,000 or for a day at Shs1,899. How convenient and affordable is this?

That’s not all, we have a limited festive offer for our customer using decoder services,  simply subscribe for  two months and get upgraded automatically to a higher bouquet and for  Classic or Super bouquet, they will get enjoy ten (10) bonus days of subscription.

Ugandan fans should not miss out of the new entrants to the top Flight, that is ,MYDA FC from Malaba, UPDF FC and Kitara FC from Bunyoro as they tussle it out with the  other clubs to not only win this season’s tittle but also remain in the SUPL tournament.

It was coming to 8-years ever since the Bunyoro region last had a representative in the first division league when, Hoima FC got relegated from Uganda’s major league.

Kitara FC’s promotion to the StarTimes Uganda Premier League is a gesture of how strong a pillar football stands in the Kitara footballing Region.

The 2020/21 StarTimes Uganda Premier League is scheduled to start this Thursday 3rd December 2020. However, due to the prevalence of the COVID-19 crisis that moved against any form of gathering, Safety measures to have the game of football played in a safe environment will not allow spectators in the match venues.

The Marketing Director noted that StarTimes Uganda is committed to broadcast over 100 Uganda Premier League matches live starting with Bright Stars vs KCCA FC at the Kavumba Stadium starting at 4pm.

POST COVID: Ugandans to enjoy return of local club football at the comfort of their sitting rooms as StarTimes introduces StarTimes ON App