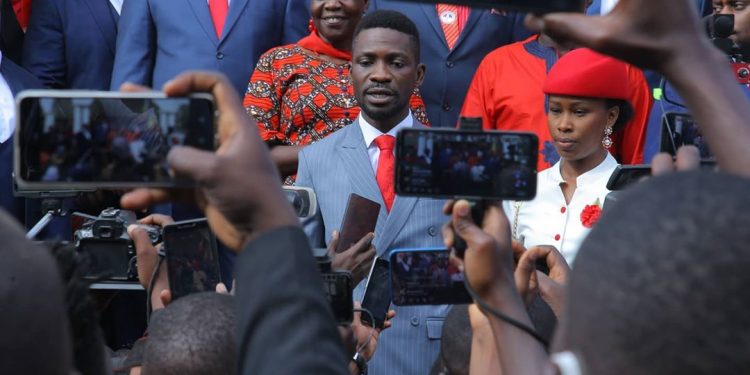 The National Unity Platform (NUP) leader Kyagulanyi Robert Sentamu alias Bobi Wine has sent away his security detail that was given to him by the Independent Electoral Commission after he duly got nominated to run as President of Uganda.

Just like all the other 10 presidential candidates, Bobi Wine was given a pickup and four security officers to guard him during his campaigns. During today’s press conference at the party headquarters in Kamwokya, NUP Secretary General Lewis Rubongoya said they will not cooperate with security detail that assaulted their leader instead of protecting him.

Bobi Wine was yesterday roughed up by security officers shortly after he duly got nominated. When the legislator was ‘delivered’ at his home in Magere, he said that the security detail that was given to him masterminded his arrest.

This Friday the party will launch its manifesto at their Western office in Mbarara. The party was supposed to launch the manifesto yesterday at their party headquarters in Kamwokya but Bobi Wine was denied access to the premises.