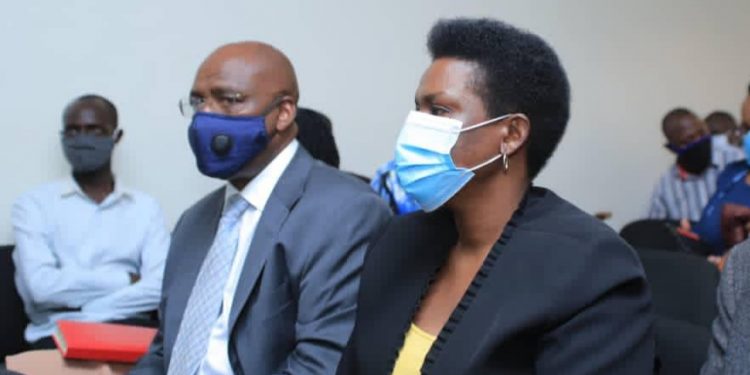 The Chairperson of Equal Opportunities Commission (EOC) Sylvia Muwebwa Ntambi has been granted Shs3.5 million cash bail after spending a week on remand in in Kigo Prison.

Appearing before the High Court Judge Moses Nabende via video conferencing, this morning, Muwebwa was granted Shs3.5 million bail and her sureties who included the Chief Executive Officer (CEO) of LASPNET Silvia Namubiru, CSBAG’s Julius Mukunda and FOWODE’s Munaaba were ordered to sign a non-cash bail of Shs40 million.

She was also directed to deposit her travel documents, land title and ordered to report to court on 24th November 2020.

She is also accused of directing the collection of Shs100 million which they had approved in the commission meeting and the said money was to be used as kickbacks for individuals who worked hard for passing of the commission budget in 2018/19.