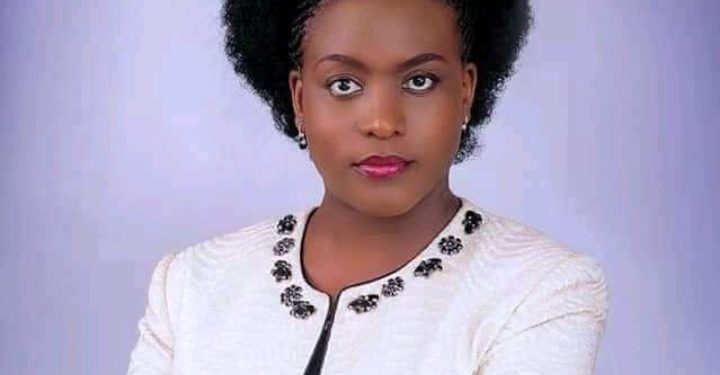 With close to two months to the general elections and the Electoral Commission announcing January 14, 2021 as the day for casting the Presidential votes. Matooke Republic had an interview with one of the duly nominated Presidential candidates Nancy Kalembe Linda running for the top office as an independent.

Kalembe explained why she chose to run as an independent, how it would be like for Uganda to have a female President, how few men can handle strong women and how she’s ready to break the glass ceiling.

I am a daughter of the most high God, that’s my true identity. I was born on September 15, 1980 to George Patrick Bageya and Gladys Kubaga. I went to Budo Junior for Primary, Mt.St. Marys Namagunga for O’level and Mariam high for A’level.

I joined Makerere University and did a Bachelors of Science in Population studies. I have worked both here and in West Africa.I love sports and the job that gives me satisfaction is motherhood.

I am running for Presidency because I believe our country urgently needs great leadership and I have offered myself.

What is important is that we are Ugandans and that comes first, not someone’s tribe or political party. We end up having bad political leaders because they belong to a certain political party.

It’s like a cult. Everyone follows without caring whether they have the credentials whether they are physically, mentally or medically fit to run a certain office.

Most parties in Uganda don’t have clear ideologies. It is said that if you don’t have anything you stand for you fall for anything.

Politicians just want power. “If I have failed to grow in this political party, I will move to this political party and get the power that I need. It’s not about ideology it’s about power hungry people. I personally want to serve and I don’t want to be party to that.

When  it comes to running for presidency it has very little to do with gender. It has everything to do with I am a Ugandan. For the past elections it has been the same person winning the elections.

Its simple Uganda is ripe for change. I believe I am the embodiment of change that Uganda needs right now. It’s about capable leadership coming into office.

Right now we need leaders who  are going to do the hard work. For a long time we have had talkers, they just waste everybody’s time. I am from the corporate world where deadlines have to be met, integrity is a must.  Political leaders have forgotten they have work to be done. Leadership has to change if Uganda is to grow.

We have a seven point manifesto but our front ship programmes are leadership, health, education and economy. It is time we do something about each and every one of those sectors.

For a long time a lot of people have used the youth and women as cards to get into the office because they think if they talk about the youth and women people get endeared to them. They promise air and then never serve. I am both youthful and I am female. I know where the shoe pinches. I am not here to talk about oh we are going to do this for women, no it is practical stuff.

I will start with unemployment and poverty that is affecting both groups largely.

The fact that I am a candidate right now means I fulfilled all the constitution requirements for anyone running for presidency.

As a single mother I don’t see any difference, the challenge is in African society they have victimised single mothers. Africa has forgotten that African women are very strong whether we have a husband or not you can actually perform to the fullness of your wildest expectations.

When God was creating man, he created a helpmate because man needed help but when he created a woman he didn’t create a helpmate which means a woman didn’t need help. I need God not a husband to give me identity.

There are very few men who can handle strong women. They start to feel intimidated maybe that’s why some of them leave.

As a single mother I am wearing two huts, who better to be a leader than someone who has had the opportunity to experience both worlds as a male head and female head of a family.

When we are talking family no one appreciates it better than me. There’s no constitution requirement for me to have a spouse maybe it’s a distraction. I am very content. I don’t need my identity to be verified by a spouse

Our society is broken. We need mending. While I was growing up everything that was outside the norm was either spoilt or wrong.

When you look at the girls that have been winning Miss World, it’s not about beauty it’s about brains because anybody can be beautiful. Africa we are still lagging behind, I can be spoilt as a doctor.

Morality has no profession, morality is a character issue. We have a lot of politicians who are worse than spoilt because their integrity is lacking. They are morally dishonest human beings that say one thing in public and do another.

They collect public funds and use them for personal things and yet we have musicians who are worshipping God. We have beauty queens who are using their beauty for prostitution and then we have beauty and a purpose as it has always been the slogan in Miss World.

I was a beauty queen so what. It just means I was exploring the vast opportunities that were available for me while I was growing up. Stereo types are there, I didn’t create them, I won’t change them. My job is to do what I was created to do and the naysayers will change their minds.

There’s no connection to me being a beauty queen and what I am running for as president. I hope at the end of my time as the President of this country many people’s minds will be changed.

I am the daughter of the most high God and God will surely handle my finances.

It’s a morality issue dropped; families are disintegrating very first because our governments have not paid attention to family. When family disintegrates a lot of things start going wrong.

Until government starts minding about family, our children are going to be lost. Who is to blame? Is it the parents, is it society, and is it the education system? Is it a blame game or is it a matter of getting back to the drawing board and decide what has gone wrong has gone wrong.

Uganda will be brighter. I will be Uganda’s first female president. I cannot afford to be like my male counterparts who come in, run the country as they please because the world thinks men are supposed to lead.

However when it comes to my term I will have to do a good job because it will depend on me on whether other women are locked out of leadership permanently or other doors of leadership are opened to women for years to come.

I hope my win will speak to many youth out there, male or female to let them know that the only limitations that exist are the ones you put on yourself. Not the limitations that society puts on you. I hope that this win will open up people’s eyes and minds and hearts to pursue what they really want and to answer to God’s calling even when it seems like it’s an impossible task.

I hope my win will tell the world that African women are strong, they can go through life challenges and still come out smiling and strong without bitterness and revenge and anger.

I hope my win will speak to Africans and remind them of who they really are, that they are capable of so much more.

13. Would you describe yourself as a feminist and if yes, Why?

I have never described myself as a feminist. I am a child of God

14. What hasn’t Museveni done, that you’re ready to do?

In Busoga we say Omukkulu Tasobya, it’s not my place to criticise those that have gone before me.my place as I run for presidency is to tell Ugandans what I am going to do for them.

15. If you weren’t standing for Presidency. Who would you vote for and why

None. That’s why I am standing.

Police speaks out on raid at NUP offices in Moroto

Police speaks out on raid at NUP offices in Moroto