Museveni wins COVID-19 award for “ exceptional leadership” during the pandemic 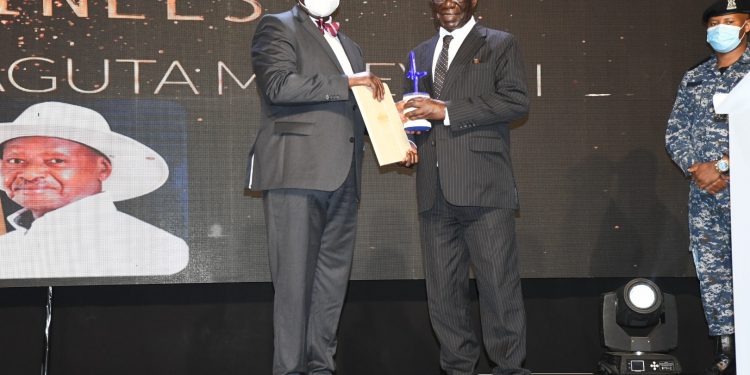 President Yoweri Museveni has been awarded a Lifetime Achievement Award for providing leadership in healthcare promotion with specific salutations to his work in curbing HIV/AIDS and his recent role in combating the global COVID-19.

This was during the inaugural Heroes in Health Awards (HIHA) organized by the Ministry of Health under the theme; “ Inspiring a world-class workforce in Uganda’s healthcare service delivery” held at the Kampala Serena Hotel.

“This is our appreciation platform to recognize stakeholders who are playing a critical role in promoting the health sector,” said Diana Atwine, the Permanent Secretary at the Ministry of Health. She added that the sacrifice and time invested by the health workers cannot be equated to any form of compensation.

During his speech, Jacob Oulanyah, the Deputy Speaker of Parliament of Uganda narrated a moving story about a midwife in his home district of Omoro who endured many hours of holding a phone in her mouth in order to provide light as she delivered a baby.

The President who was represented by the vice president Edward Ssekandi at the awards gala described public recognition of health workers as a wonderful idea, calling on the public not to let the guard down against COVID-19 urging Ugandans to use responsible eating habits and physical exercises to stay healthy.

Other notable winners include the Buganda Kingdom for dedicating resources from public campaigns such as the annual Kabaka Run to raise funds for HIV and cancer activities. Archbishop Bishop John Baptist Odama was awarded as a health champion in Northern Uganda for his recent campaign to raise funds for the purchase of a modern CT scan machine at St. Mary’s Lacor Hospital in Gulu.

Sister Doris Okudinia of Ediofe Health Centre IV in Arua was recognized for her heroic act of wheeling a patient for 3kms to the Arua Referral Hospital due to the delay of the ambulance.

The Heroes in Health Awards is a public-private partnership between the Ministry of Health and Xtraordinary Media Group Ltd, a local media firm.

According to Ronald Bills Agaba, one of the brainchildren of HIHA, close to 3,000 nominations were received in under a month with inspiring stories and testimonies about heroes in Uganda’s health sector.

Uganda’s health sector is celebrated globally for managing pandemics especially the Ebola outbreak where the late Dr Mathew Lukwiya with his “If I die, let me be the last” mantra died at the frontline in October 2000. Bills says the story of the Late Lukwiya was an indictment to reward health workers for their sacrifice.

“Lukwiya was the brightest of young Ugandan doctors. He had scholarships and prizes to spare, the best school-leaving marks in Uganda, the best-ever student in tropical paediatrics at the school of tropical medicine in Liverpool. He could have chosen a career path that led towards riches. But he was never tempted. When he qualified in Kampala, he headed 300km North to St Mary’s, in Lacor, an Italian missionary hospital outside Gulu, the main town in the region of his own Acholi people. Powerful,” Bills said.

To salute the heroes who are walking in the footsteps of late Dr Lukwiya, Signature Africa, a travel company rewarded the winners with a 3-days all-expenses-paid trip to Murchison Falls National Park. Other private sector companies that supported the awards include Stanbic Bank, Uganda Breweries, Microheam and Next Media Services. 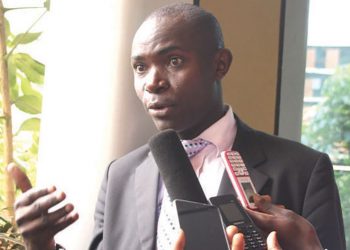