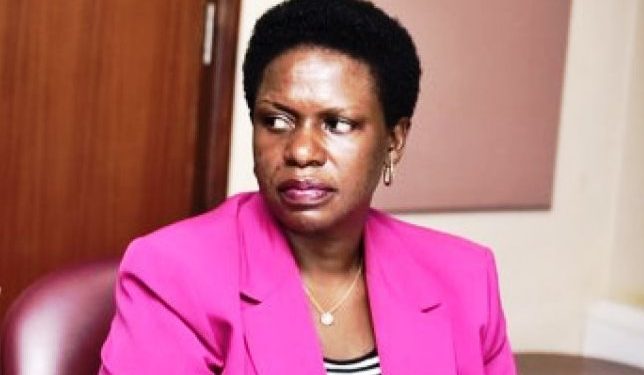 The Director of Public Prosecutions Justice Jane Frances Abodo has directed the Permanent Secretary of the Ministry of Gender, Labour and Social Development A.D Kibenge to interdict Equal Opportunities Commission Chairperson Sylvia Muwebwa Ntambi as she battles corruption and abuse of office charges in the Anti Corruption Court.

In a letter dated November 9, Kibenge has written to the Solicitor General, seeking legal advice before he proceeds with the DPP’s direction.

“In reference to Regulation 38(1)b of the Public Service Commission Regulations S1 No.1 of 2009, and order F-S 8 of the Public Standing Orders, the Director of Public Prosecutions has advised me to perform my statutory obligations as the responsible officer to interdict Ms. Sylvia Muwebwa Ntambi, having been charged with criminal offences, in order to pave way for smooth investigations and uninterrupted prosecution of the case,” Kibenge’s letter reads in part.

Kibenge says he wrote to the Solicitor General to seek advice on whether the DPP’s advice stands and who is the right officer to interdict Ntambi “as she is a Presidential appointee.”

Ntambi was remanded to Kigo Prison on October 29, after skipping Court on several occasions until criminal summons were issued. She was granted bail on November 4 and her travel documents were deposited with court to avoid leaving the country. Her cases comes up for hearing again on November 24.

However, the DPP is concerned that if she is not interdicted, she can interfere with evidence and intimidate witnesses who are her subordinates.