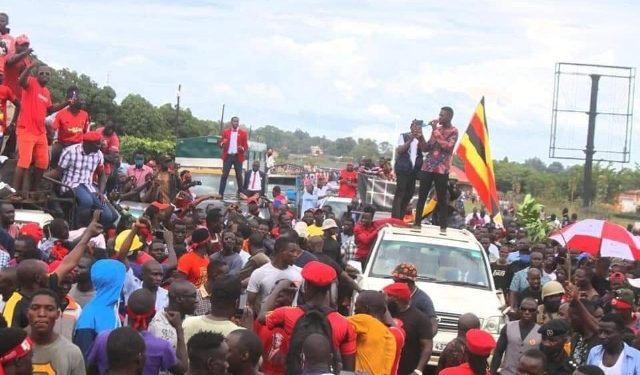 As Bobi Wine embarks on his second day of campaigns, the National Unity Platform presidential candidate who is in Northern Uganda has hailed the region for playing a huge contribution in the Independence of Uganda.

“The fathers of Independence came from Northern Uganda but we have no voice, poverty is being used as a weapon to control us,” said Bobi Wine

Bobi Wine whose slogan is a new Uganda promised that in his government all tribes will have an equal opportunity regardless of their tribe .

“In the new Uganda , you’re going to see the end of tribalism. Everyone will be charged by the content of their character and not the district they come from,” said Bobi

Bobi also said that Ministers will come from all the different regions in the country.
“You will never see Ministers coming from one region,”said Bobi

He also pledged free education to all the children of police men and free health care for their families on condition they treat the people nicely.

“I will make a deal with you officers, if we pay you well, you must treat the people with respect, I don’t want to see any officer beating the people,” said Bobi