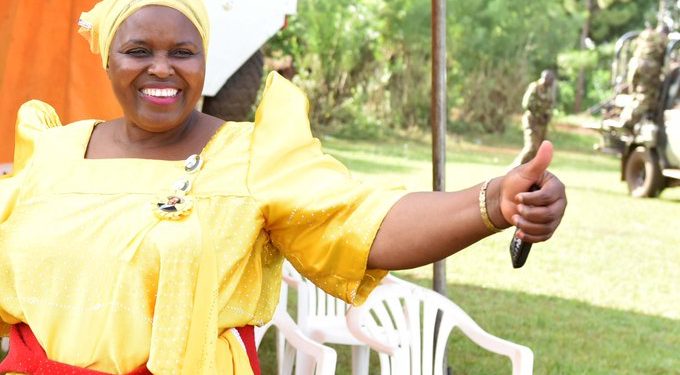 Reports coming in indicate that Hon Hajjati Rehema Watongola the Member of Parliament for Kamuli Municipality is dead.

According to Moses Kizige, the State Minister for Karamoja Affairs the MP died today (Saturday) morning at Mulago National Referral Hospital. However the cause of her sudden death is yet to be revealed. Its barely a month since the legislator lost her mother.

Watongola has been vying to defend her Kamuli Municipality Seat in the 2021 polls as she had won the NRM ticket and duly nominated.

In 2016, Watongola was kicked out of parliament due to lack of requisite academic qualifications. She nonetheless used her UACE certificate and stood in the by-elections where she defeated FDC’s Salaam Musumba in a hotly contested race.

Bobi Wine to people of Soroti: 2021 will be the end of Museveni’s 35 –year dictatorship

Bobi Wine to people of Soroti: 2021 will be the end of Museveni’s 35 –year dictatorship