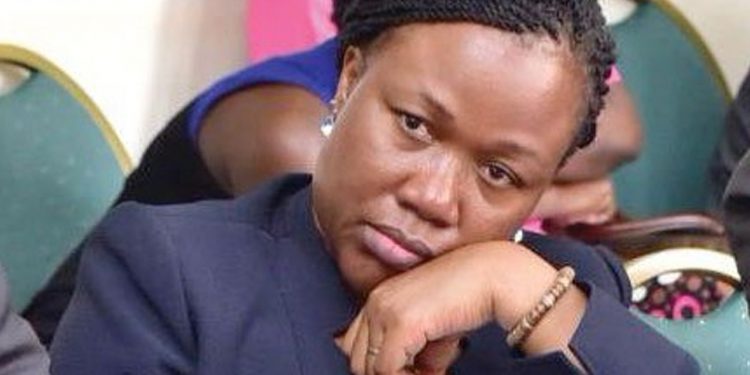 Bank of Uganda has today placed a notice in newspapers indicating its intentions to liquidate and wind up affairs of Crane Bank Limited. A leaked document signed by the Central Bank’s Legal Counsel Margaret Kasule however indicates that in moving to liquidate Crane Bank, BoU had ulterior motives to thwart an attempt by tycoon Sudhir Ruparelia and other directors to reinstate themselves as Crane Bank Directors relying on judgement obtained from the Court of Appeal. Sudhir had written to Uganda Registration Services Bureau to that effect.

The BoU notice in the press reads; “Bank of Uganda (BoU) took over management of Crane Bank Ltd (CBL) on October 20, 2016 and subsequently progressed it into receivership on January 24, 2017. In exercise of its powers under section 99 (1) & (2) of the Financial Institutions Act, 2004, BoU has now placed CBL under liquidation and ordered the winding up of its affairs. The Central Bank shall be the liquidator of CBL,” said the Central Bank in a notice signed by Prof. Emmanuel Tumusiime-Mutebile.

The notice is as a result of Kasule’s “Strategy on Crane Bank Appeal” dated October 16.

“It is pertinent that we take the following steps before the hearings of both the appeal and the application for stays of execution,” Kasule wrote indicating she was following the opinion of BoU external lawyers Shonubi Musoke & Advocates.

Among the proposed steps was the liquidation of CBL. “As we advised earlier in May 2019, matters of Crane Bank Ltd require progression into Liquidation. This would ease the current impasse where legalistic arguments are being used to tie hands of the Central Bank while attempts are being made to change the Status Quo with the intention of rendering a favorable Supreme Court ruling nugatory,” Kasule wrote.

“Our earlier recommendation to progress CBL into Liquidation is consistent with the independent opinion given by M/S Shonubi & Company Advocates. Accordingly, we recommend progression of Crane Bank (In Receivership) into Liquidation as soon as we are legally armed,” the document reads.

“The progression will not affect the case in the Supreme Court and will only be an affirmation that a suit commenced in resolution can be pursued by a Statutory Manager, a Receiver or Liquidator regardless of the stage at which it is commenced,” Kasule wrote.

However, this opinion is contrary to what independent lawyers conversant with the case have weighed in, indicating that taxpayers are set to lose more money if BoU moves to liquidate Crane Bank.

“The powers of the Central Bank in the management of commercial banks are spelt out in the Financial Intelligence Act. They are not arbitrary. Any attempts to liquidate Crane Bank would be a violation of that Act,” a lawyer familiar with the processes of liquidating banks was quoted in the media.

Another legal mind weighed in that receivership of Crane Bank ended in January 2018, a year after it was sold to DFCU. “When receivership ends, a company returns to its shareholders,” the lawyer said.

“Central Bank can no longer act on matters of Crane Bank, under the FIA it is not a financial institution to be regulated by BoU,” he said.

Another lawyer also warned that any attempts to liquidate Crane Bank would be against the ruling of the Supreme Court. Part of what’s at stake is a loan portfolio that was transferred to DFCU during the January 2017 sale.

Part of what’s at stake is a loan portfolio that was transferred to DFCU during the January 2017 sale.