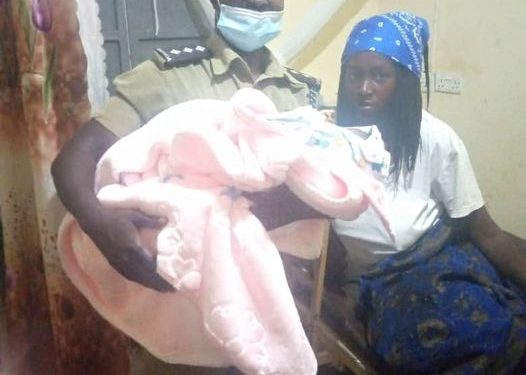 According to police, the mother who is a wife to Vincent Abisa got health complications and called police to help transport her to the health centre.

The officer responded but couldn’t transport her after she showed signs that she was about to deliver. The officer pulled out his gloves and attended to her until she gave birth to a bouncing baby boy.

Eiru later rushed the lady and the baby to the clinic where they are being taken care of. The mother and child are in good condition.

“The Uganda Police Force thanks ASP Eiru for the life saving help he gave to the woman and child. It is our mandate to save life and property,” said Police.