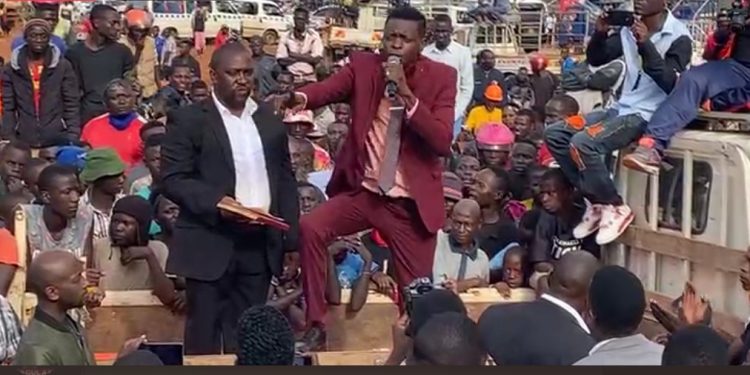 As other parts of the city are filled up with teargas, Kawempe residents are dancing to Jose Chameleone’s songs.

Chameleone who is vying for the Kampala Lord Mayor seat has today launched his Manifesto in Kawempe where he grew up from. He also performed for his supporters who turned up in big numbers.

Chameleone also told his supporters that as they blame Museveni and thirst for change they should also blame other leaders who are not doing anything for them. The self proclaimed Mr. solutions thanked the National unity Platform President Bobi Wine for inspiring him to join politics.

He also asked the supporters to vote Bobi Wine and refuted talks that he had plans of going back to the ruling party..