Those attacking NRM people in riots will soon lose appetite. We are fighters and they are entering an area we understand – Museveni 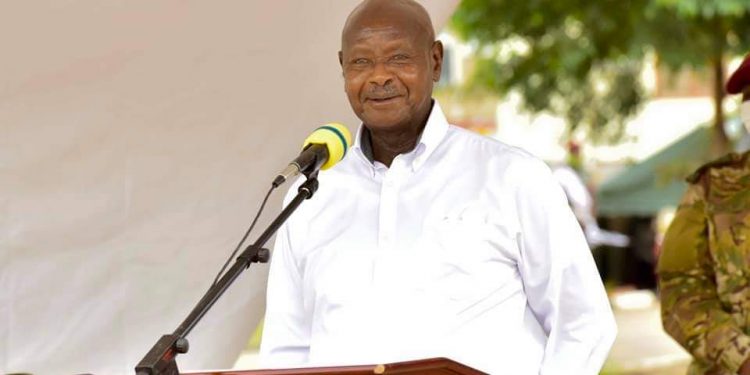 President Yoweri Museveni has finally spoken on the riots that have gripped city centres over the last two days, following the arrest of his main rival in the 2021 Presidential elections, National Unity Platform’s Robert Kyagulanyi Sentamu, alias Bobi Wine.

A tough talking Museveni who was speaking at a campaign in Karamoja sub region on Thursday said those rioting have entered an area that he understands – fighting and that that they will regret. Several people wearing NRM party colours were attacked by rioters and Museveni’s campaign billboards and posters were defaced in the riots.

“Those who have been attacking NRM people in the Kampala area, they will soon lose that appetite. You will see a uniform of NRM and feel you cannot touch it. Even if they leave it abandoned there, you will not touch it. They have entered an area we know very well of fighting. That’s up to them. Whoever started it will regret,” Museveni who came to power 34 years ago after a five year “Bush war” said.

Several people have lost lives in the riots to security forces who shot to disperse crowds in several areas with Police saying three people died while Mulago Hospital put the figure at seven.

Security forces are heavily deployed in Kampala and the suburbs and Museveni says there will be no mercy for rioters.

“I know Mama (Janet Museveni) is reading from the book of Mathew, that when they hit you, you turn the other one (cheek), but for me I follow Jesus when he found people selling in the yekalu (synagogue). He was quite violent and there is no record that he paid compensation,” he said.

Bobi Wine was arrested on Wednesday in Luuka District for allegedly flouting Covid-19 control Standard Operation Procedures. The Ministry of Health guidelines state that a campaign rally should have more than 200 people but Bobi Wine has been attracting thousands of people. He is currently held at Nalufenya detention Centre.

Museveni insists campaigns must be scientific. “We are in this campaign of campaigning indirectly, where we don’t hold rallies, for the sake of avoiding infecting more people (with Covid-19). We have lost quite a number of people already, we have lost two members of Parliament. We have lost some scientists. It is therefore criminal for anybody to ignore this. And we are not going to tolerate it. Whoever does it will regret why he did it,” he said.