No patient has died in Gov’t hospital due to lack of oxygen, we produce enough of it–says Health Ministry 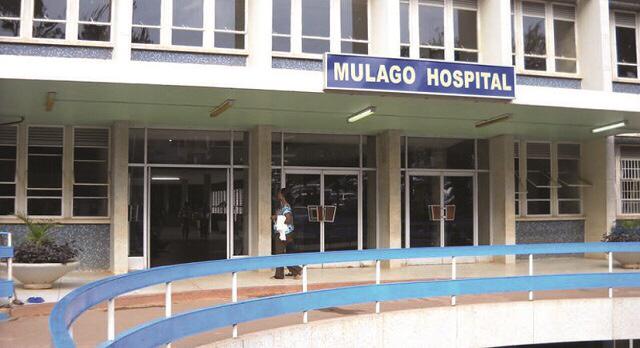 The ministry of Health through officials at Mulago have expressed their disgust towards what they claim is a deliberate effort to blackmail the health sector, demoralise the health workers and cause discontent amongst the public. This followed a series of publications by one of the leading Dailies about the sector and the ministry has come out every time to put out the facts.

Last Sunday a publication made several claims that included two patients dying in Mulago as a result of faulty Oxygen machines. Mulago hospital in a statement has come out and stated the two cases mentioned of a 70 year-old referral from Rubaga Hospital ICU and a 27 year-old case from Hoima regional referral Hospital all died of severe COVID -19 with multi-organ dysfunction. Its therefore not true that the patients died due to lack of Oxygen. During this period, the Mulago Hospital ICU had other patients who posted better outcomes.

The article further alleges that Mulago spent almost 3 times the money to procure the same Oxygen plant as International Hospital of Kampala (IHK). However, the publication conveniently doesn’t mention that the Ministry indeed bought not one but seven (7) new fully functional Oxygen plants delivering high purity levels of Oxygen wherever it is needed.

The purity levels of the new plant is 99.8% compared to the previous purity level of 60% for the Oxygen plant procured in 2012.

The publication compared the price of the new plant with the old plant which according to the officials is misleading the public. The publication ignored cost drivers of procuring such a plant in 2020 amidst a pandemic when the global demand of Oxygen is at an all time high. The Mulago statement states that they bought the latest state of the art plant with a way higher production capacity than the old plant or any other plant in the country.

The new plant has a production capacity of 125 cubic metres as opposed to the old one with 20 cubic metres. The urgency caused by the pandemic meant that plant had to be airlifted

Furthermore, the publication alleged that Oxygen supplied to patients dropped from 90% to 20% is not true. Mulago states that the plant is automated and can’t generate Oxygen if the purity levels drop below 90%. All patients in need of oxygen are connected to a supply of medical grade oxygen which is always above 90% and contrary to what was alleged that patients are supplied with hot air.

This is not the first time in a span of just months that we have seen Health sector officials come out to put the record straight after a media report. Last month, The ministry of Health came out in response to a publication on October 31st on COVID irregular supplies. The ministry offered clarity on all the allegations raised in the publication and sieved facts from fiction.

Healthy Officials interacted with at the press briefing are very proud of how they have handled the pandemic amidst all the unforeseen challenges. Their claim to excellency has been cemented by international applause by the Lancet commission’s 75th United Nations General Assembly report that put Uganda as the best performing country on the African Continent as far as suppressing the spread of the COVID-19 infection.

One senior official who preferred anonymity, believes that some facets of the media are using the Health sector to drive political propaganda. “The facts are always in front of them and they conveniently look the way and continue to make fake reports,’ he continued.

GOLF:It goes back to Kenya

Minister Kiwanda: Bobi Wine ferries people from Kampala, and they are paid

Minister Kiwanda: Bobi Wine ferries people from Kampala, and they are paid 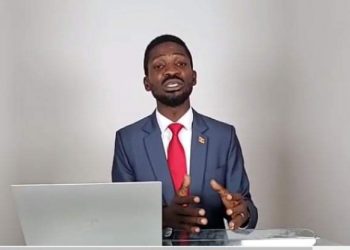