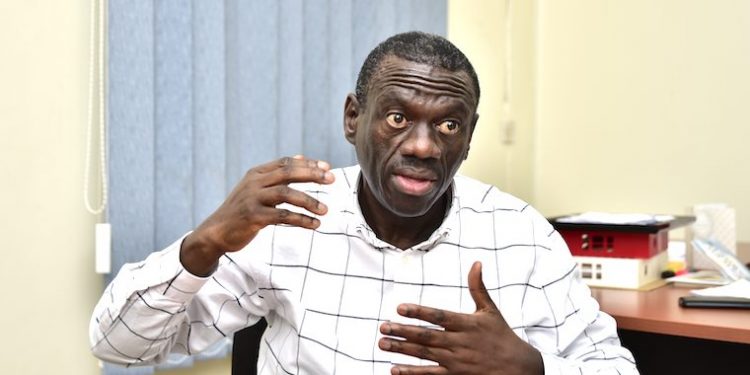 Four-time Forum for Democratic Change presidential candidate Dr Kizza is saddened that the current regime has made it feel so normal to feed Ugandans on lies.

Besigye says President Yoweri Museveni is biggest violator the Electoral Commission COVID-19 guidelines though he pretends to be strictly adhering to the guidelines.

The doctor says though Museveni is always seen seated in well-spaced tents while holding his campaign meetings, but he’s the sole funder of people like Bebe Cool who are on ground mobilizing for him votes.

“Sometimes I feel like migrating because living in a country where people think you are too foolish to be told anything is so disturbing,” he adds.

The FDC strongman claims that the Electoral Commission (EC) has absolutely nothing to do with the 2021 election as they’re totally not in charge of anything. He asserts that it’s Museveni running everything.

The former FDC president believes that Uganda should have waited to go the polls.

“We should never have had these campaigns. President Museveni initially said it would be madness for anyone to organise elections, now you know the kind of leaders we have as a country,” says Besigye.