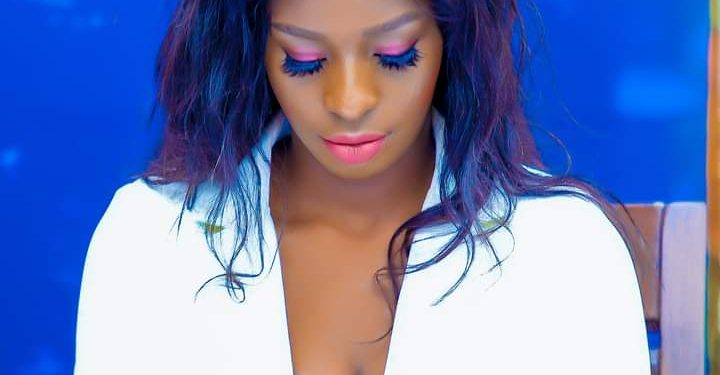 On Sunday afternoon, Nigerian upcoming star Omah Didia popularly known as Omah Lay shared a photo of the successful event he had just had in Kampala, Uganda.

The photo caused an uproar on many social media platforms as Ugandans wondered how this concert had been allowed to take place. Uganda is currently observing novel Coronavirus restrictions, among which prohibit the gathering of people at public events like concerts to limit the spread of the disease.

Among the public figures that questioned the Omah Lay concert was musician Cindy Sanyu. The ‘boom Party’ singer recorded a video in her car while driving that questioning how a foreign musician could be allowed to hold a concert in Uganda while Ugandan musicians starve due to the restrictions. She also labeled Omah an outright idiot angering many of his fans who told her that the 23-year-old is musically far better than her.

However, this afternoon the self-proclaimed ‘King HerSelf’ Cindy has also come out and defended herself saying that nobody has the right to come to her country and encourage the spread of corona nomatter who he\she is because Corona Virus is real.

“Nobody has the right to come to my country and encourage the spread of corona nomatter who you think you are. People are dying everyday and if you have any respect for human life you will stay home or sanitize and wear a mask in a crowded place. May all your curses and evil spells return to you in Jesus name Amen,” Cindy said.

Omah Lay and his fellow Nigeria fellow musician Tems, were arrested on Sunday evening for flouting COVID-19 guidelines after holding a controversial concert that was held at Ddungu Resort in Munyonyo Kampala and Police remanded them till Wednesday 16.12.2020 when they will be produced in court for further hearing of the charges pressed against them.