Experts say Africa’s post-covid recovery will depend on trade, tourism and smart relations with China 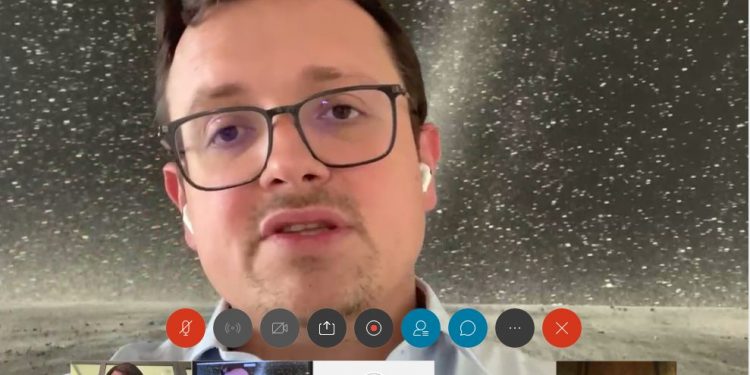 As Allianz prepares to expand its presence in the East African insurance market – building on a solid foundation in Kenya and with the acquisition of the majority of shares in Jubilee General Insurance Company in Kenya, Tanzania, Uganda, Mauritius and Burundi.

Allianz has today initiated a series of events aiming to introduce the brand to the East African market, not only as a worldwide insurance leader, but also as a global thought leader and expert in financial and insurance markets.

The first event kicked off with a presentation and discussion with Ludovic Subran, Chief Economist of Allianz SE, titled “Vaccine Economics, Trade, China and Growth in Africa”. The event was followed by a panel discussion with East African and German/African business leaders followed by Q&A with Ludovic Subran and members of the Allianz Africa Regional Executive Board Coenraad Vrolijk, Anuj Agarwal and Delphine Traoré, respectively CEO, CFO and COO of Allianz Africa.

Allianz Research is confident about the short-term economic development and forecasts
a strong rebound of global GDP by +4.4% for 2021. For 2020, a contraction of -4.5% is
expected. Besides huge ongoing monetary and fiscal impulses, the main growth driver in 2021 will be a positive “confidence shock”, triggered by the vaccination campaign, boosting consumption, investment and trade. In this growth scenario, the upside and downside risks are substantial.

“A fast and successful vaccination campaign could lift spirits even more, adding 2 percentage points to GDP growth. The driver would be consumption powered by the unleashing of excess savings of households. In the Eurozone alone, around EUR 500 billion are sitting on the sidelines, waiting to be spent. A botched vaccine campaign, however, would work in the opposite direction”, said Ludovic Subran, chief economist at Allianz.

After being through the worst recession in its recent history in 2020 with a -4.2% decline of GDP, the Allianz economists expect the African economy to rebound by +3.2% in 2021. Covid-19 infection rates remained relatively low on the continent compared with the other parts of the World.

However, African economies were severely hit by the crisis due to weak internal and external demand and commodity price shocks. In 2021, the recovery will be
essentially driven by stronger domestic and world demand and trade, higher commodity prices and resuming tourism activity.

In 2021, Africa will benefit from supportive fiscal stimuli, and good financing conditions
globally. Interest rates in particular will remain low, very long in the US and even longer
in Europe. The Fed is likely to envisage a first rate hike from Q3 2023 only. Although other central banks tend to just follow suit most of the time, the ECB will have a hard time to do
so because the perspective of the Fed’s monetary policy normalization is likely to awaken
the beast of sovereign debt risk in Europe. This might incite the ECB to extend its unconventional monetary program beyond the Fed’s own program to contain Eurozone sovereign spreads.

“Low interest rates are a sweet poison. The Covid-19 crisis has worsened fiscal imbalances in Africa. The increasing of public spending and the decreasing of government revenues from tourism, natural resources and taxes pushed up public debt to hardly sustainable levels. African governments have now less fiscal space than after at the onset of the Great Financial Crisis to boost economic recovery. The main economic challenge for Africa is to finance growth sustainably”, said Ludovic Subran. The need to focus on attractiveness and competitiveness will be key.

Experts say Africa’s post-covid recovery will depend on trade, tourism and smart relations with China