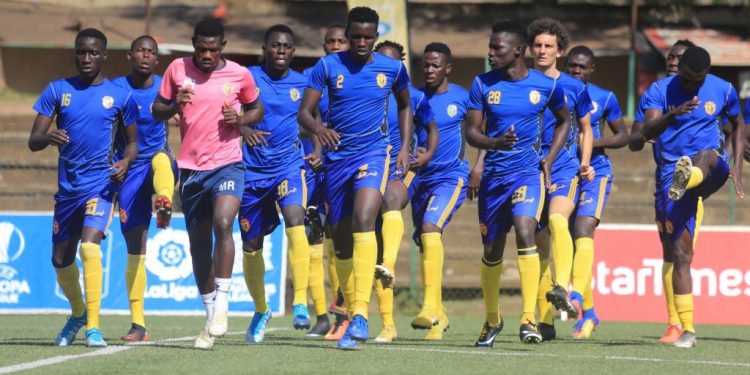 KCCA FC did not have the recommended number of players to have the game take place. This is because the a number of players tested positive of COVID 19 and could not travel to Kigali Rwanda. These include; captain and goalkeeper Charles Lukwago, Hassan Matovu, Ali Mwirusi, Brian Aheebwa, Keziron Kizito, Stefano Mazengo Loro and Denis Iguma.

According to CAF AFCON organizing committee which is also in line with the FIFA laws of the game, each match must be played if the team has at least 11 players including (GOAL KEEPER) + 4 substitutes.

According to COVID 19 regulations, if a team does not have the minimum number of players (11 players including goal keeper) + 4 substitutes to play a match the team will be considered to have lost the match 2-0.

In exceptional circumstances the organizing committee will be consulted for a final decision concerning the match. KCCA FC was to play AS Kigali today in Kigali Rwanda. The decision means AS Kigali have the first leg advantage with a 2-0 score.

The return leg will be played on  January 6 2021 in Kampala.