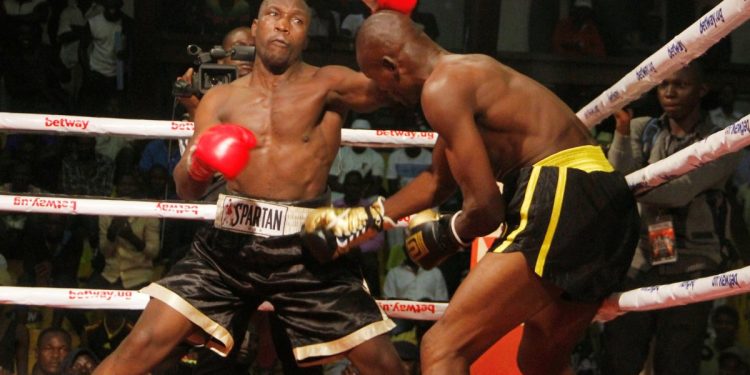 Former Uganda Boxing Team Bombers Captain Isaac ‘Zebra’ Ssenyange has been shot dead in the wee hours of this morning. He has died at the age of 39 years.

Ssenyange has been killed by yet to be identified gunmen who attacked his family in Bwaise, Kawempe Division. Police has reached the scene in Bugalani zone in Bwaise III and took his body to the City Mortuary at Mulago as investigations into his death got under way.

Kampala Metropolitan deputy police spokesman Luke Owoyesigyire confirmed the death of Ssenyange and promised to give a detailed statement in the course of the day.

The murdered boxer’s wife told residents that the people who killed her husband knocked on his door and upon opening, shot him several times.

He is best remembered for having captained the Bombers to the 10th All Africa Games hosted in Maputo, Mozambique in 2011.