Basajja Mivule: I am going to destroy Bobi Wine and his NUP supporters 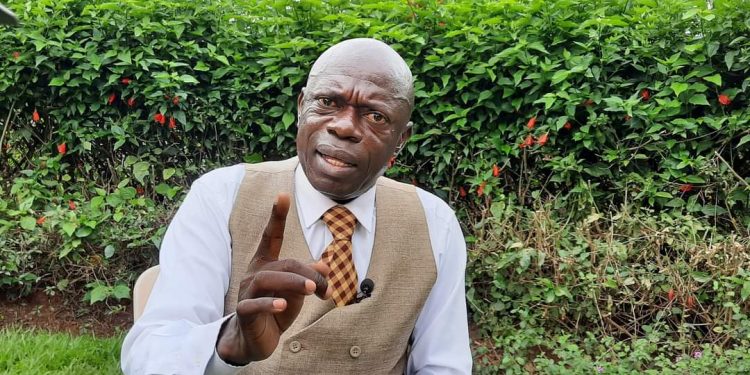 Veteran Radio political show host Basajja Mivule has vowed to crash Bobi Wine’s plans of causing violence in Kampala, Wakiso and Mukono amongst other urban areas ahead of the January 14 polls.

Shortly before he met President Yoweri Museveni yesterday at State House Entebbe, Mivule recorded a video revealing that he was meeting Museveni to request him to put him in charge of Kampala for just three days and be able to encounter Bobi Wine and his supporters.

“I am here to ask President Museveni to officially give me the instruments of power for at least three days and I destroy Bobi Wine and his NUP supporters before the elections,” Mivule said.

He added, ” I am tired of seeing innocent youths dying for the wrong cause yet Bobi Wine’s intention is to sacrifice them to his gods.”

Mivule was once a renowned opposition fanatic as he spent most of his radio career critizing Museveni’s government.

MUGISHA MUNTU: Many are running into politics because it's a lucrative 'business