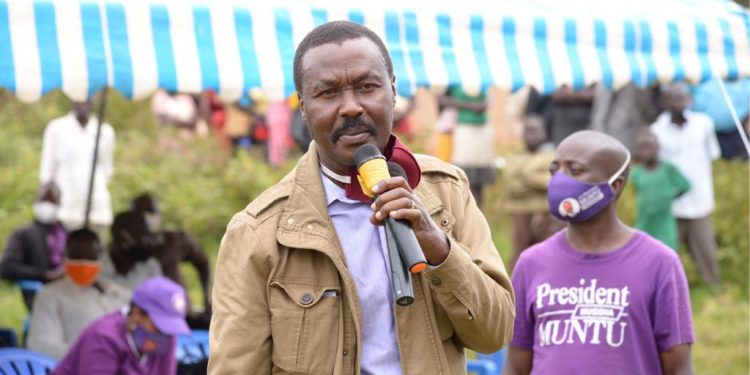 Former Army Commander and presidential candidate sponsored by the Alliance for National Transformation (ANT) Gen. Mugisha Muntu has blamed his former boss President Yoweri Museveni for the current status of politics in Uganda.

Muntu says Museveni’s long political strategy of giving out handouts to his opponents and supporters has changed the mindset of majority Ugandans who now believe that politics is all about giving out money hence the reason many are running into politics.

“Many people are running into politics because all other areas are shut down. There are no jobs and making profits in business is quite complicated.
People have literally become beggars, everybody is looking for handouts,” Muntu says.

He adds, “If Museveni was a CEO of a private sector company, that company would have closed down a long time ago. Politics is strange, for companies you make profits or losses and the manner in which he runs the country, if it was a business, it would have gone down.”

In 2016 general election, candidates are said to have spent over Shs1 trillion during their preparation activities.

Uganda now has less than 10 days to the much anticipated January 14 polls. Eleven candidates are in contention for the countries top office however stiff competition for the position is anticipated to be between incumbent Museveni and National Unity Platform’s Kyagulanyi Robert Sentamu alias Bobi Wine.

Basajja Mivule: I am going to destroy Bobi Wine and his NUP supporters