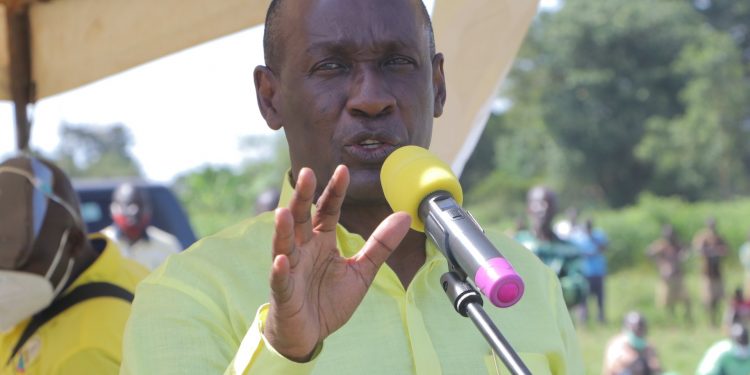 The ruling National Resistance Movement (NRM) Vice Chairperson, Eastern Uganda Mike Mukula has said that Ugandans should not gamble with the future of this country when casting their votes come January 14.

Mukula said NRM has used the campaigning period to drain the political swamps of its opponents countrywide and hence anticipating landslide victories for NRM in the upcoming polls.

He explained that NRM has so far registered over 15 MPs who have been declared UNOPPOSED and Gazetted.

“Revolutionary parties evolve. We are now building a solid young cadre base, training and placement is key. The grassroots mobilization countrywide is now drawing results…the hot air BALOONS are coming down,” Mukula said.

Mukula said that no single tribe can determine the election results in Uganda.

“The reality is that most misinformed people imagine that votes in central Buganda will determine national elections…NO …Uganda’s national electoral votes are determined 82% by rural votes NRM remains in full control countrywide.

No single Ethnic group among the 55 tribes in Uganda can contribute more than 17% of the total Population of Uganda. Political dynamics will only be determined by grassroots campaigns not sentiments,” he said.

Erias Lukwago to Gen. Elly Tumwine: What cost do we have to pay for the lost eye?

Erias Lukwago to Gen. Elly Tumwine: What cost do we have to pay for the lost eye?