OFWONO OPONDO: Bobi Wine taking his family to the US could be an early indicator that he may seek refugee after voting on polling day 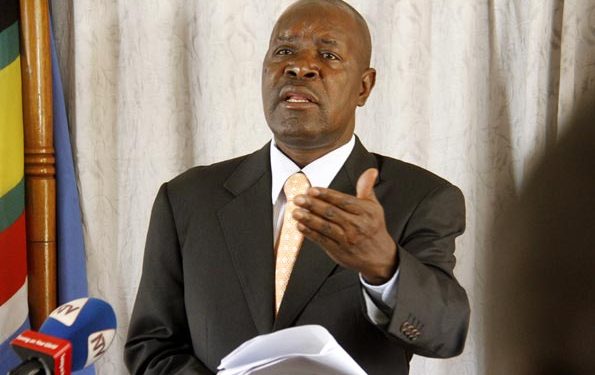 The regime advocators are continuing to aim dig at presidential hopeful Kyagulanyi Robert Sentamu alias Bobi Wine’s decision to fly out his family to Texas, USA.

Joining the queue to hit at Bobi Wine is Ofwono Opondo, the Government spokesperson. Opondo says that President Yoweri Museveni and NRM have track record of not harming or assassinating polticians. He explains that opposition strongman Dr Kizza Besigye fled from Uganda in 2001 with similar claims of the regime planning to harm him and his family.

“His (Besigye) wife Winnie Byanyima claimed he would be poisoned while in Luzira Prison. Sejusa too fled and made similar claims,” Opondo says.

According to Opondo, such claims are used by politicians as an escape plan for their election failure.

“A presidential candidate taking his family to the US falsely alleging political harm, could be an early indicator that candidate may seek refugee in an embassy after voting on polling day,” rants Opondo.

He further shared a video of Bobi Wine at one of his various appearances on NBS TV Frontine show where he was accussing veteran journalist Andrew Mwenda of being the first person to flee Uganda in case of election violence. In the video, Bobi stated that he and millions of Ugandans have nowhere to run to incase violence erupts in Uganda.

OFWONO OPONDO: Bobi Wine taking his family to the US could be an early indicator that he may seek refugee after voting on polling day