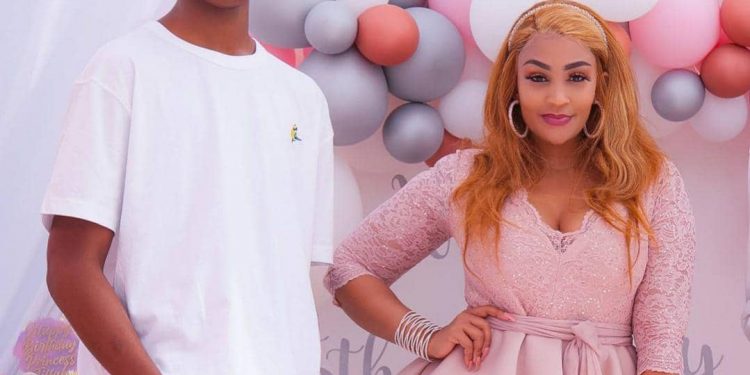 South Africa based Ugandan socialite Zari Hassan has come out and broken her silence after the son claimed that he is 100 percent gay. On Thursday Zari’s second born son, Raphael, shocked many people after he went live on social media and publicly declared that he is gay.

In a more than 3 minutes video, Raphael narrated how he is 100 percent gay, and why he cannot hit on women. However, his mother has refuted the claims by saying it was one way of staying away from women salivating for him.

According to the mother of five, unnamed women have been hitting on her son on social media. Like asking him for love is not enough for them, they have also allegedly sending him their revealing photos.

“He actually has a girlfriend but he is just tired of Women who have allegedly been sending him photos taken in their natural suits as one way of making the boy fall for them,” Zari said.

According to Zari, her son used the gay scandal as an excuse to scare away women.

“Maybe it was a good thing to say he is gay. Now you all will chill and leave him alone,” Zari said.