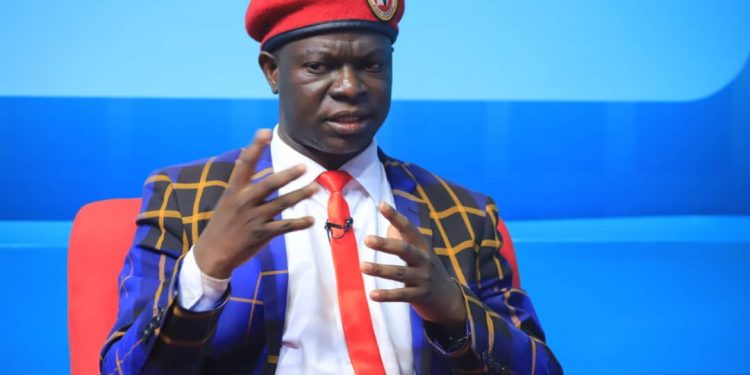 Member of Parliament (MP) elect for Kawempe North constituency, Muhammad Ssegirinya has disclosed that the National Unity Platform (NUP) party is in mass mobilization across the country in a bid to reclaim Robert Kyagulanyi alias Bobi Wine’s win in the recently concluded presidential elections.

The comical MP elect claims that Bobi Wine had land slide wins against incumbent President Yoweri in most of the districts across the country but the Electoral Commission decided to cheat him. Without providing any proof, Ssegirinya says that Bobi Wine won the elections, followed by John Katumba and Museveni came third.

According to Ssegirinya, if it necessitates him not to swear in before Bobi Wine is declared winner by the Electoral Commission (EC), he is willing to do so.

“I am not going to swear in as MP until Bobi Wine is declared President,” says Ssegirinya.

The short and chubby new MP also says that he will today mobilize his constituents to contribute food items which he will take to the American Embassy to help him deliver to Bobi Wine who he claims will soon die of starvation if not rescued.

Ssegirinya won the Kawempe North MP Seat with over 50,000 votes. He says security officers at Parliament have always bounced him from accessing the premises while he was a Lord Councillor but now since the people of Kawempe overwhelmingly entrust him with their votes, he will be lawfully entering parliament as he wishes.