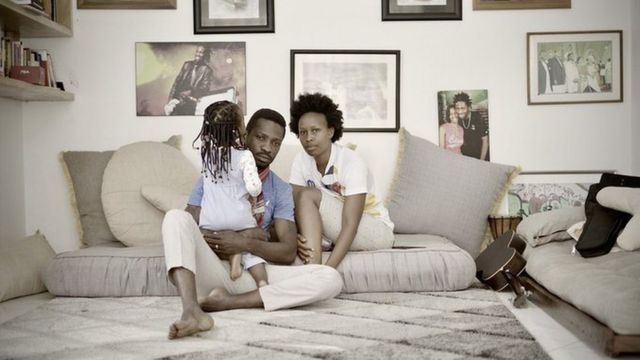 Police has said that it will not withdraw its joint security deployment at the National Unity Platform (NUP) leader, Robert Kyagulanyi alias Bobi Wine’s from his residence in Magere until he denounces violence.

While addressing the press, Police spokesperson Fred Enanga said that the deployment is a preventive measure as police received intelligence that his group was planning to hold countrywide riots in protest of the election results.

Bobi Wine has been under ‘house arrest’ since last week on Friday and yesterday his lawyers led by Anthony Wameri filed an application in the High Court in Kampala, to secure his freedom.

In their application, they want court to issue a directive asking security forces to withdraw from his home as their client (Bobi Wine) is starving since security operatives have continuously denied everyone access to his home.

“He and his wife are starving and can’t access food. This application is a matter of urgency,” said Wameri.

I am the next Lord Mayor-- Chameleone