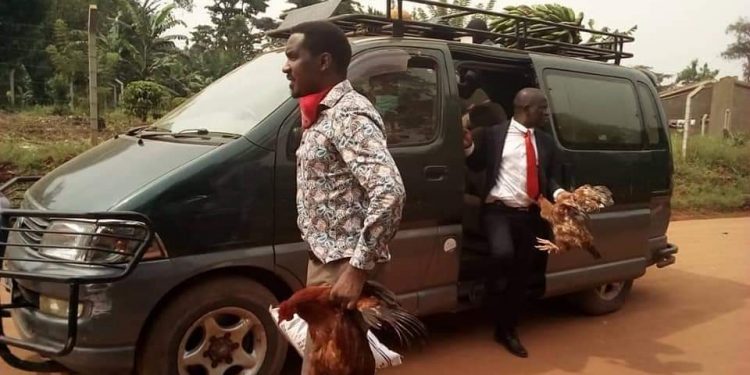 The MP-elects are carrying food stuffs that include; Matooke, chicken and vegetables among others. The duo are delivering the food items to Bobi Wine who they claim is starving since the security forces have barred him from leaving his house since January 15.

By press time the group had not yet been allowed to proceed or given an alternative solution of how they can deliver the items.

Yesterday on Thursday, High Court Justice Michael Elubu set Monday January 25 as the date to pronounce itself on a case in which Bobi Wine and his wife Barbra Kyagulanyi are seeking unconditional release from house detention.

In a petition filed by Bobi Wine’s lawyers, the couple sued the Attorney General (AG), Chief of Defense Forces (CDF) and the Inspector-General of Police (IGP) accusing them violating their freedoms.